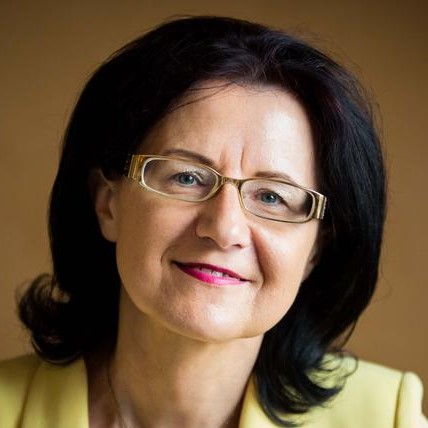 Prof. dr. Verica Trstenjak is former Advocate General of the European Court of Justice in Luxembourg and a professor of European Union law. From 2004 to 2006 she was a judge at the General Court of the European Union in Luxembourg and from 2006 to 2012 an Advocate General of the European Court of Justice in Luxembourg (the highest legal position in EU) and she was advocate general also in cases concerning fundamental (human) rights (e.g. asylum, fundamental social rights, judicial rights, right to property), fundamental (economic) freedoms (e.g. free movement of goods, services, companies, capital in the EU), consumer protection cases, intellectual property cases, state aid, public procurement, etc. She is Professor of European law in Austria and Slovenia (at University in Ljubljana (part time) and at different LLM and other university programs in Austria (University of Vienna, Sigmund Freud University in Vienna) and teaches European law at the summer schools (University of Vienna (Strobl), University of Salzburg, University of Innsbruck – university course in Alpbach). She has written expert opinions for law firms and arbitration in many cases concerning European law and legal protection in the EU. She has published several books and more than 300 articles (also with SSCI) and has been a lecturer at different universities and at different international and European conferences. In 2020 she got an Austrian state decoration from Austria President Van der Bellen: Cross of Honour for Science and Art, First Class.

Research projects: Professor Trstenjak’s research interests focus on the Law of the European Union, especially Europeand constitutional and procedural law and legal protection in the EU. She also researched in the sphere of European civil law, European consumer protection, Copyright in the EU and Fundamental rights in the EU. Noteworthy are also the fields of Citizenship of the Union and Civil law.