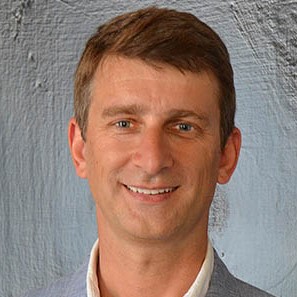 Uroš Seljak joined Berkeley as a faculty in physics and in astronomy departments in 2008, jointly appointed as a senior faculty scientist at Lawrence Berkeley National Laboratory. He received his B.S. in 1989 and M.S. in 1991 from Ljubljana University, Slovenia and his PhD in 1995 from MIT. He was a Smithsonian Fellow at Harvard-Smithsonian Center for Astrophysics from 1995 to 1998. Subsequently he served as a faculty at Princeton University, ICTP Trieste and Zurich University before moving to Berkeley. He is the recipient of the David and Lucile Packard Fellowship in Science and Engineering (2000), the Alfred P. Sloan Fellowship (2001), the Helen B. Warner award of American Astronomical Society (2001), the NSF CAREER award (2002), Fellow of American Physical Society (2016) and a member of National Academy of Sciences (2019). He is a co-director of Berkeley Center for Cosmological Physics and a member of Berkeley Institutes for Data Science and Foundations of Data Analysis. His research focuses on applying theory and data analysis methods to fields of astronomy, cosmology, physics, and beyond.