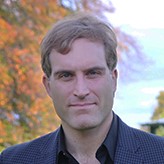 Assistant Professor in History and Theory of European Integration, University of Groningen, Netherlands

Peter J. Verovšek is Assistant Professor (UD1) in the History and Theory of European Integration at the University of Groningen in the Netherlands. He studied Government (high honors) and German as an undergraduate at Dartmouth College (AB 2006, summa cum laude). He then conducted research on the continuing effects of the memories of World War II in the politics of the former Yugoslavia as a U.S. Fulbright Scholar (2006-07), before receiving his MA (2008), MPhil (2010) and PhD (2013) in Political Science from Yale University. After completing his doctorate, he spent three years as Lecturer on Social Studies at Harvard University (2013-16), where he also served as co-founder and co-chair of the European Union Study Group at the Minda de Gunzburg Center for European Studies. He has also held appointments as a research fellow at the Institute for Advanced Studies in the Humanities in Bad Homburg, Germany, at the Jean Monnet Foundation in Lausanne, Switzerland, and at the Normative Orders Cluster of Excellence at the Goethe University in Frankfurt am Main, Germany. In 2019-2020, Peter worked on his new project on Jürgen Habermas as a public intellectual as part of a British Academy Mid-Career Fellowship.

Research projects: Dr. Verovšek is a critical social theorist intersted in the interconnection between democracy, capitalism and the nation-state. Working within internation political theory, his past work has focused on how soically mediated collective memories serve as resources for political innovation in the aftermath of broad historical reptures. Dr. Verovšek is eager to begin supervising students interested in nineteeth and twentieth century political theory, internationl political theory, critical theory, phenomenology and existentialism, transitional justice and the normative issues surrounding migration and the European Union. With the support of the British Academy Mid-Career Fellowship, he carried out a project on Jürgen Habermas as a public intellectual. This new direction in his work also addresses changes related to structural changes in the public sphere related to the rise of the Internet and the demands of citizenship in the digital age.