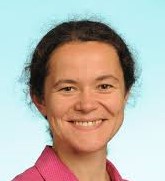 Dr. Pavlicev received a PhD in ecology from the University of Vienna in 2003. After PhD she worked in molecular phylogenetics at the Natural History Museum in Vienna, primarily on phylogenetic relationships in lizards and birds. During subsequent postdoctoral training in quantitative genetics, she worked on the structure and evolution of the genotype-to-phenotype map, first at Washington University in St. Louis, and later at the Center for Ecological and Evolutionary Synthesis at the University of Oslo, Norway. She subsequently spent a year at Konrad Lorenz Institute for Evolution and Cognition in Altenberg near Vienna and combined writing with teaching at the Department of Theoretical Biology, University of Vienna. She joined faculty at Cincinnati Children’s in the summer of 2013, and transferred to the University of Vienna in 2019. Dr. Pavlicev`s work is situated at the interface between organism and population: she focuses on understanding how the patterns of phenotypic variation and its underlying genetics arise in the context of past evolution, and what consequences they have. These approaches are applicable for understanding human detrimental variation, i.e., disease, in a field commonly referred to as evolutionary medicine.

Research projects: Dr. pavličev’s interest is in the organismal features that enable evolvability of complex organisms. She believes that in order to understand phenotypic evolution, we need to understand what patterns of heritable phenotypic variation the developmental/phsiologival systems are able to priduce, what are the consequences of specific patterns of variation over short terms (population genetic dcale) and long terms (species divergence observed in comparative biology) under selection and drift, and how the patterns of variation themselves evolve. One recurring evolutionary phenomenon is the decoupling of variation between traits, and subsequent individuation of parts and the origin of new biological units. In this context, Dr. Pavličev’s work pertains to the role of pleiotropy amd interactions in this process. She pursues these questios of evolvability and individuation in theory as well as in empirical work on the evolution of limbs and of the mammalian female reproductive system.