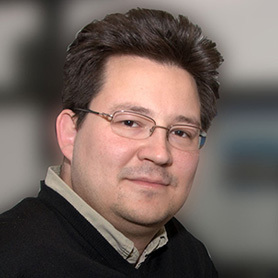 Kristjan Haule is Distinguished Professor at Rutgers University, the State University of New Jersey, working in theoretical condensed matter physics. He obtained his undergraduate education in Slovenia (University of Ljubljana, BSC 1997) and he has done his PhD work in Slovenia and in Karlsruhe University (2002). He was appointed Assistant Professor of Physics at Rutgers in 2005, and was promoted to Associate Professor (2009), University Professor (2012) and Distinguished Professor (2018). He was an Alfred P. Sloan Research Fellow in 2008-2010, received NSF Early Career Award in 2008, and The Rutgers Board of Trustees award for Scholarly Excellence in 2009. He received prestigious Blavatnik Award in 2013 for theoretical and computational studies of strongly correlated electron systems, and became fellow of the American Physical Society in 2019.

Research projects: Professor Haule’s research specialties are in condensed matter theory, with major interest in alectronic structure theory for correlated electrin solids and algorithm development which combined the dynamical mean field theory and density functional theory. he is especiall known for the development of predictive theories for corrrelated electron solids and the implementation of powerful Embedded DMFT code (EDMFTF). Dr. Haule joined Comscope in 2015 and supports the center with his EDMFTF software. As a researcher he works in theoretical condensed matter physics, development of theoretical tools concepts, and algorythims to describe and predicts behaviour of many-body quantum systems, properties of solids under eytreme conditions, and finding novel quantum states.