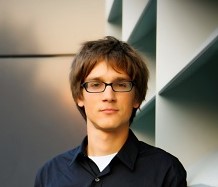 Jure Leskovec is an associate professor of Computer Science at Stanford University where he is a member of the InfoLab and the AI lab. Prof. Leskovec joined the department in September 2009. He is also working as Chief Scientist at Pinterest, where he focuses on machine learning problems. He co-founded a machine learning startup Kosei, which was acquired by Pinterest. In 2008/09, Prof. Leskovec was a postdoctoral researcher at Cornell University working with Jon Kleinberg and Dan Huttenlocher. He completed his Ph.D. in Machine Learning Department, School of Computer Science at Carnegie Mellon University under the supervision of Christos Faloutsos in 2008. He completed his undergraduate degree in computer science at University of Ljubljana, Slovenia in 2004. Prof. Leskovec also worked with the Artificial Intelligence Laboratory, Jozef Stefan Institute in Ljubljana, Slovenia.

Research projects: The general research area of dr. Leskovec is applied machine learning and data science for large interconnected systems. His projects focus on modeling complex, richy-labeled structures, graphs, and networks for systems at all scales, from interactions of proteins in a cell to interatcions between humans in a society. Applications include commonsense reasoning, recommender systems, computational social science, and computational biology wuth an emphasis on drug discovery.