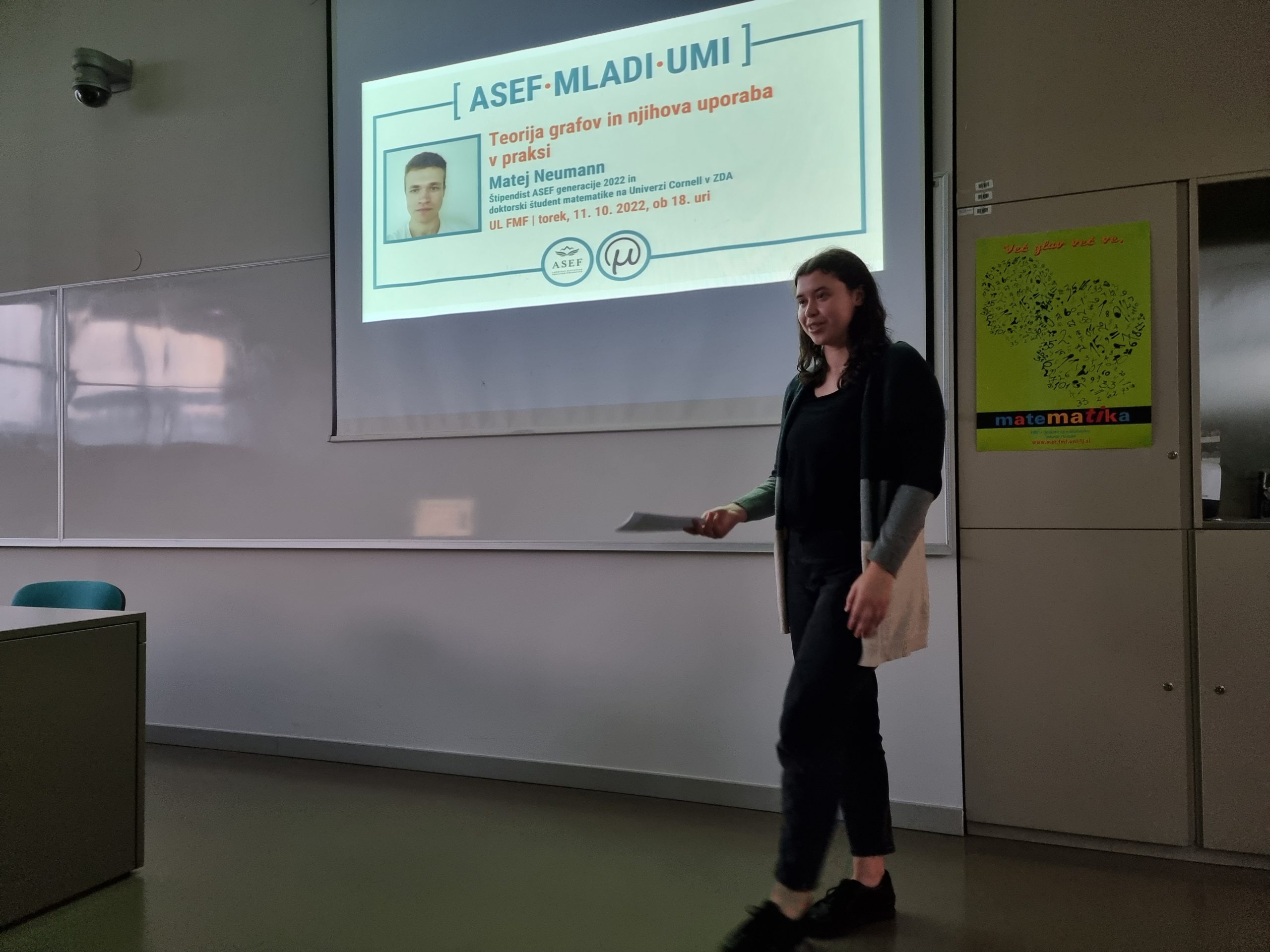 Graph Theory and Its Application in Practice

On Tuesday, October 11, ASEF organized this month’s popular science lecture in the premises of the Faculty of Mathematics and Physics as part of the ASEF Young Minds cycle. This time, Matej Neumann, an ASEF Junior Fellow of the 2022 generation and a doctoral student in mathematics at Cornell University in the USA, gave the lecture. The event was organized in cooperation with the FMF Student Organization.

Matej began the lecture by presenting his experience as part of his research visit to Simon Fraser University in Canada, namely under the mentorship of ASEF mentor prof. dr. Bojan Mohar.

After the presentation of the visit, Matej continued the lecture with an explanation of what graphs are. For easier understanding, he presented a practical example of how we can imagine graphs on the example of a bus station or bus connections. He then introduced us to different types of graphs including weighted graphs, directed and undirected graphs, connected and disconnected graphs, and finally trees (connected acyclic graphs).

After explaining the graphs, Matej also introduced us to the areas where graphs can be used. Among other things, he described the use of graphs in social networks, websites and family trees. He then continued the lecture with an explanation of algorithms on graphs including Dijkstra’s algorithm, Prim’s algorithm, Kruskal’s algorithm and Topological Sorting.

In the continuation of the lecture, we also heard something about the problem of equiangular lines, and we also touched on the conversion of lines into graphs. At the end of the lecture, Matej also presented his work at the Jožef Stefan Institute, where he introduced his understanding of graphs into the 17 sustainable development goals adopted by the United Nations. There he looked for connections between individual goals and measured the effects of one goal on another.

At the event, the FMF Student Organization was presented by Nejc Jenko, and the entire event was coordinated by Maruša Lekše, an ASEF Junior Fellowr of the 2022 generation. 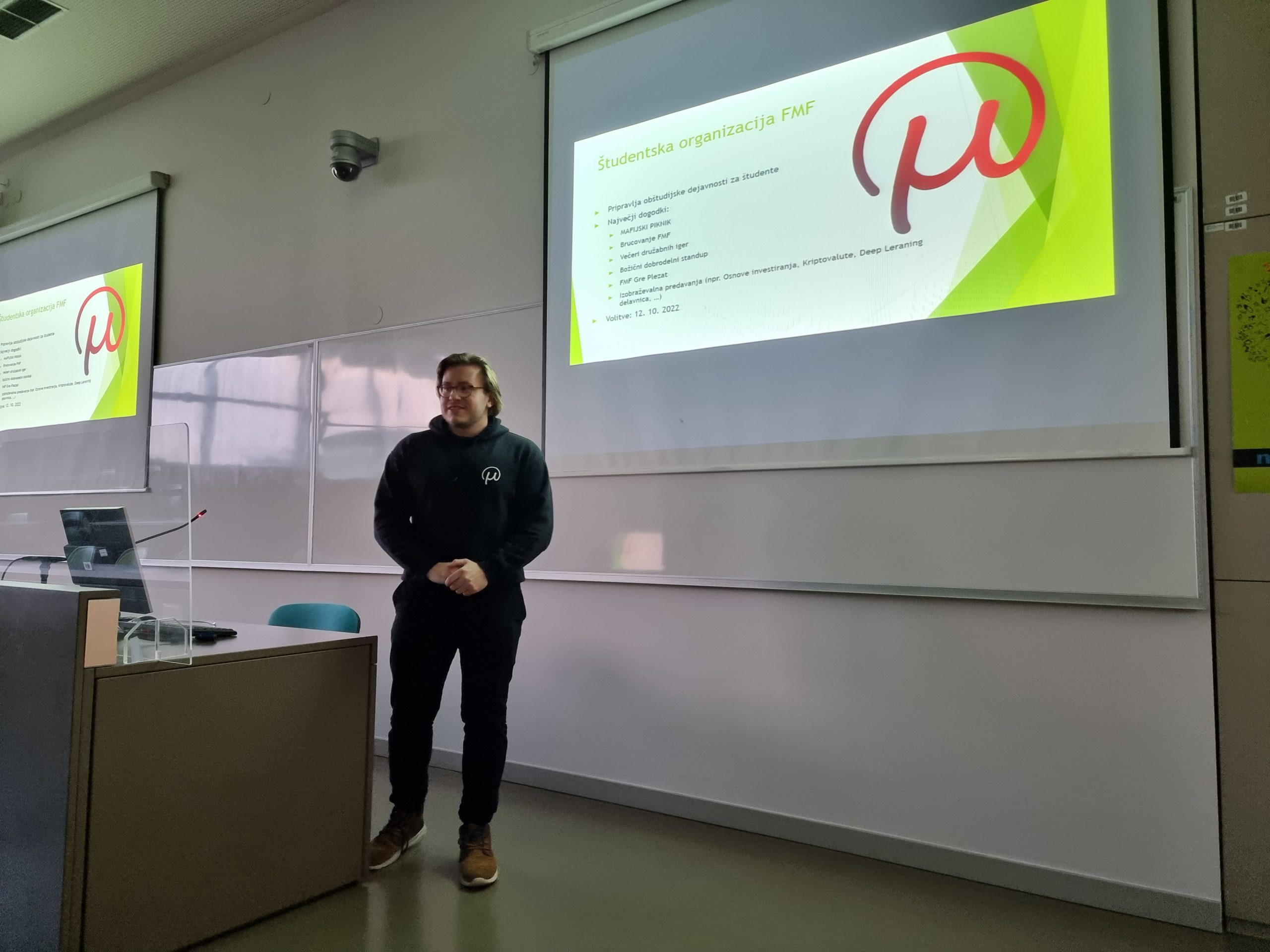 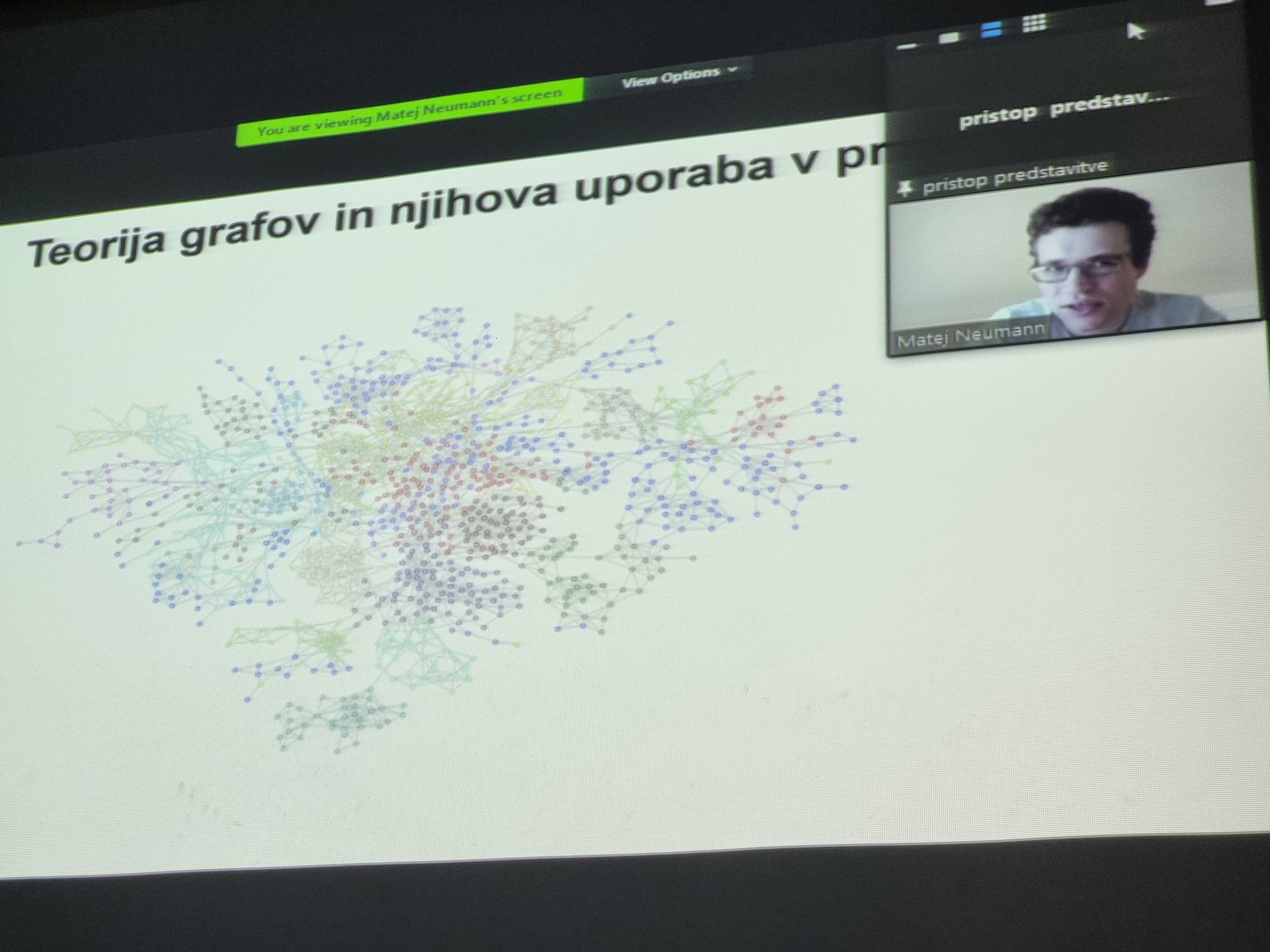 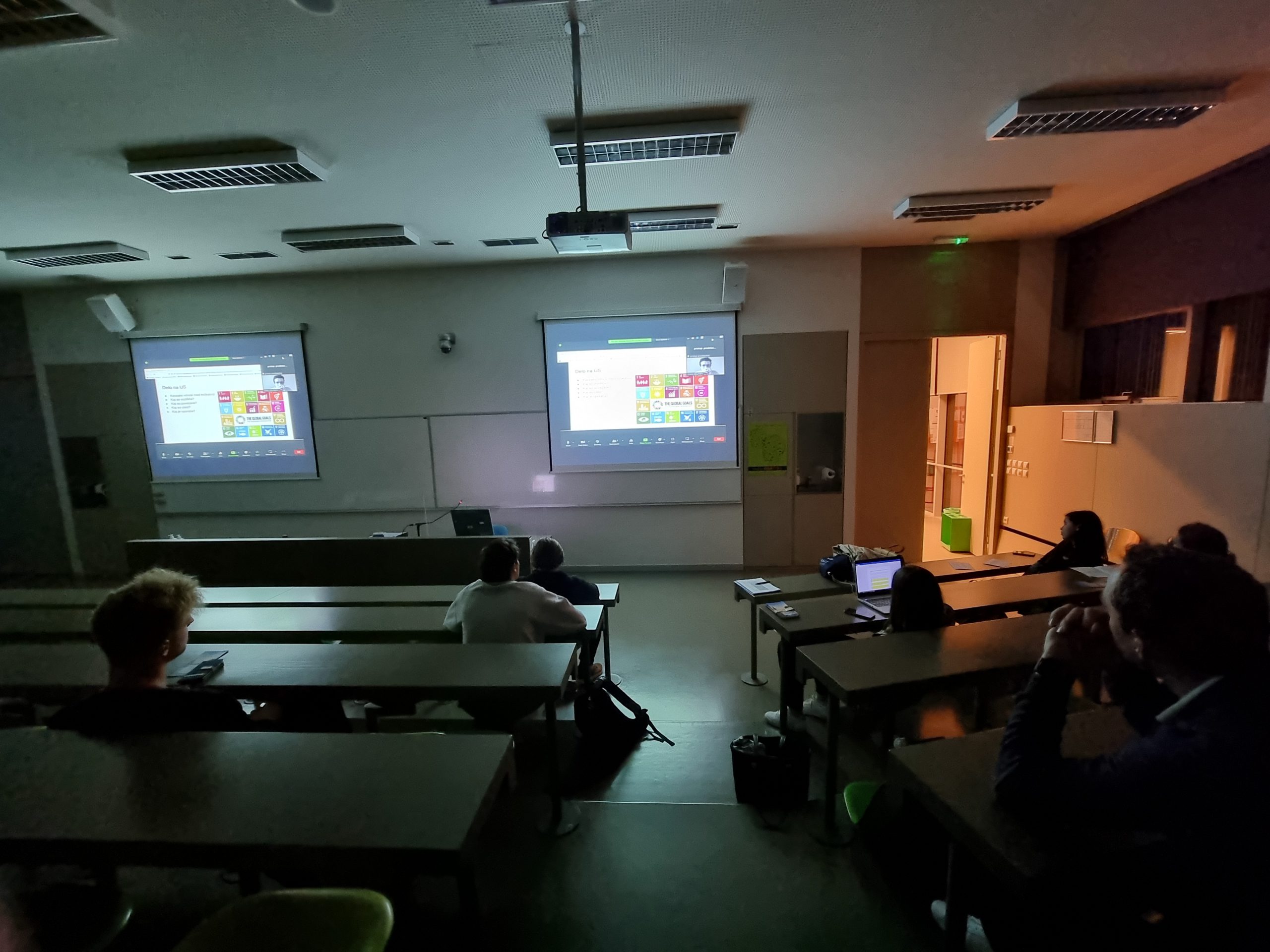 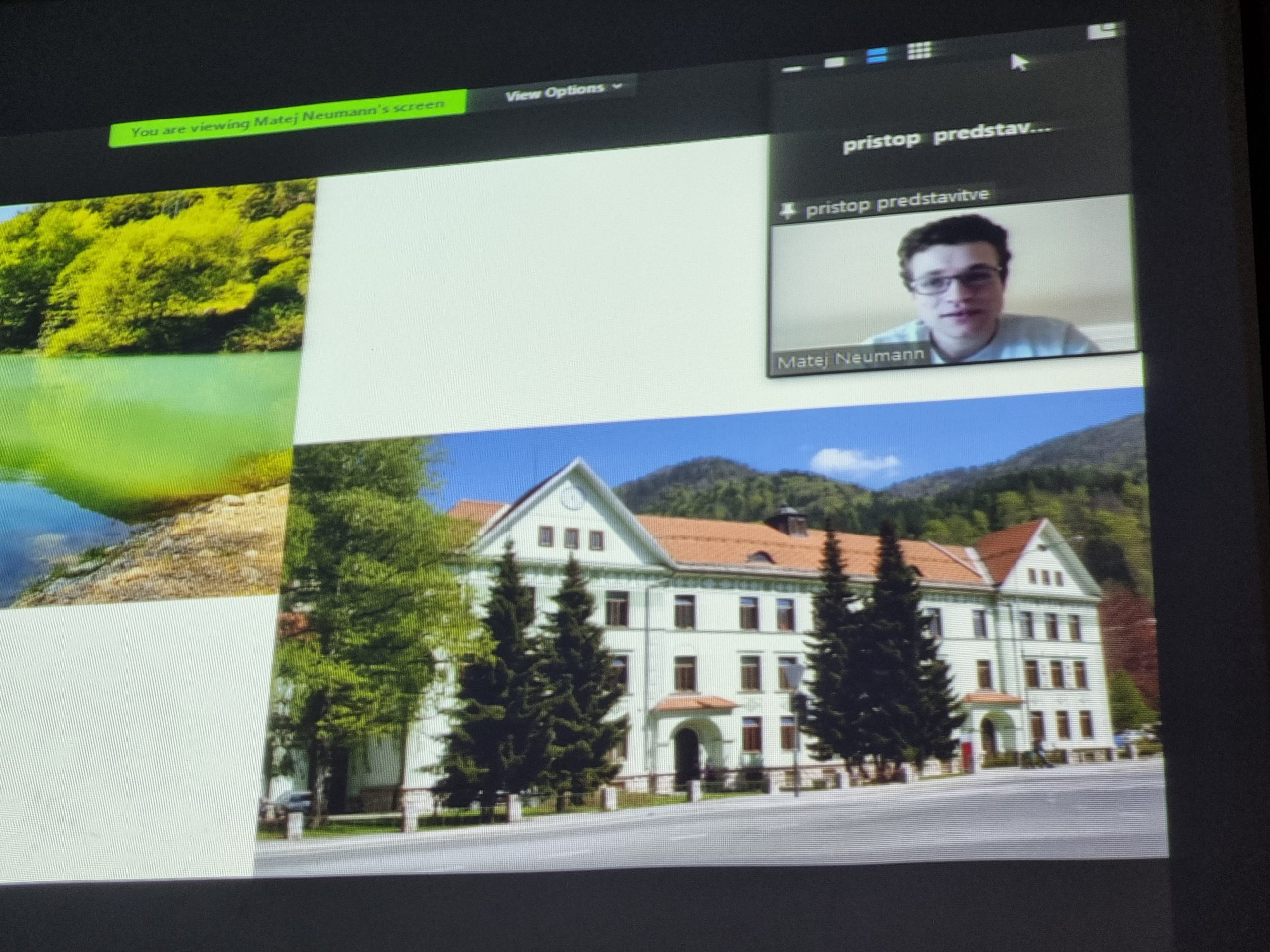 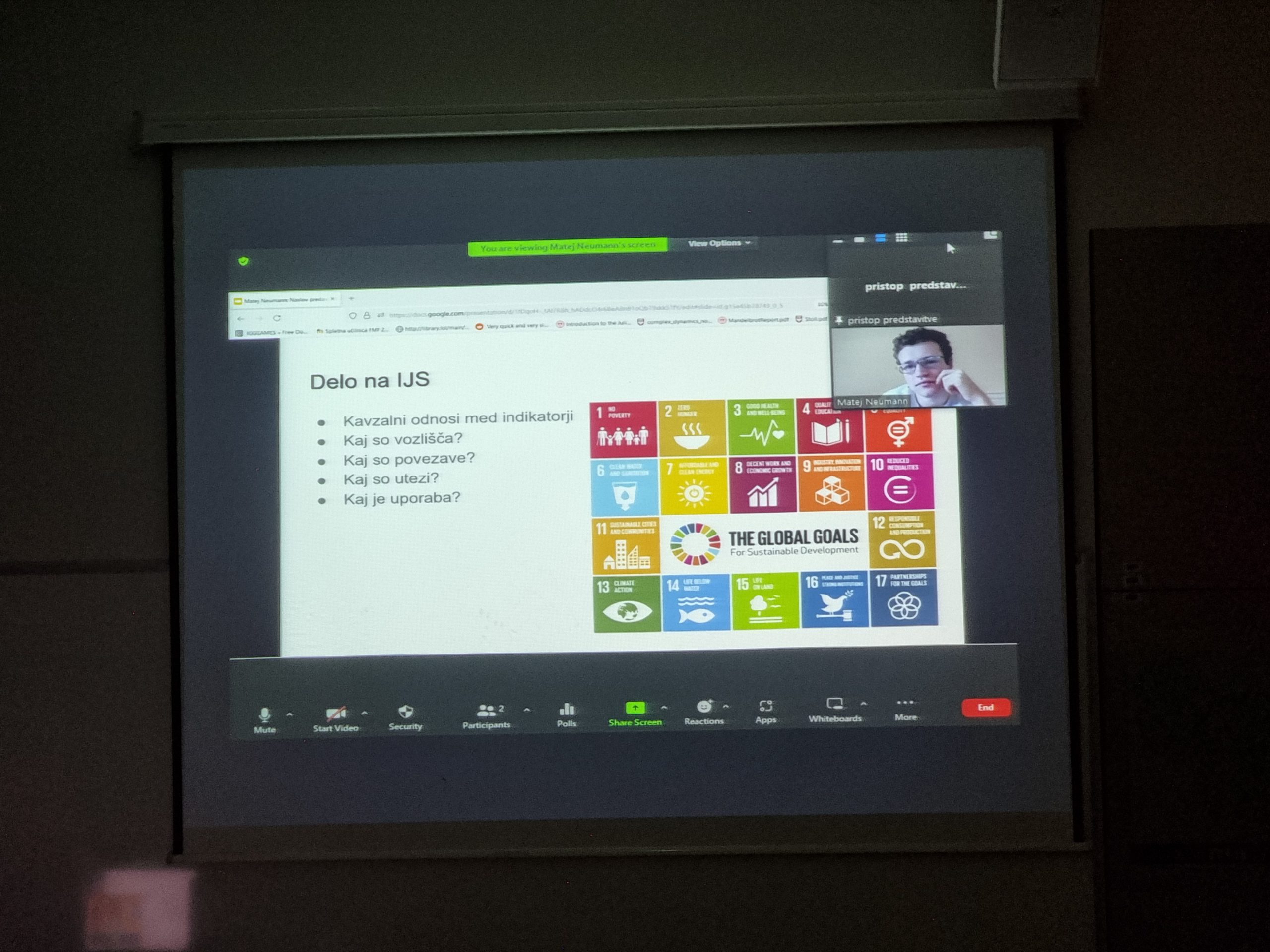 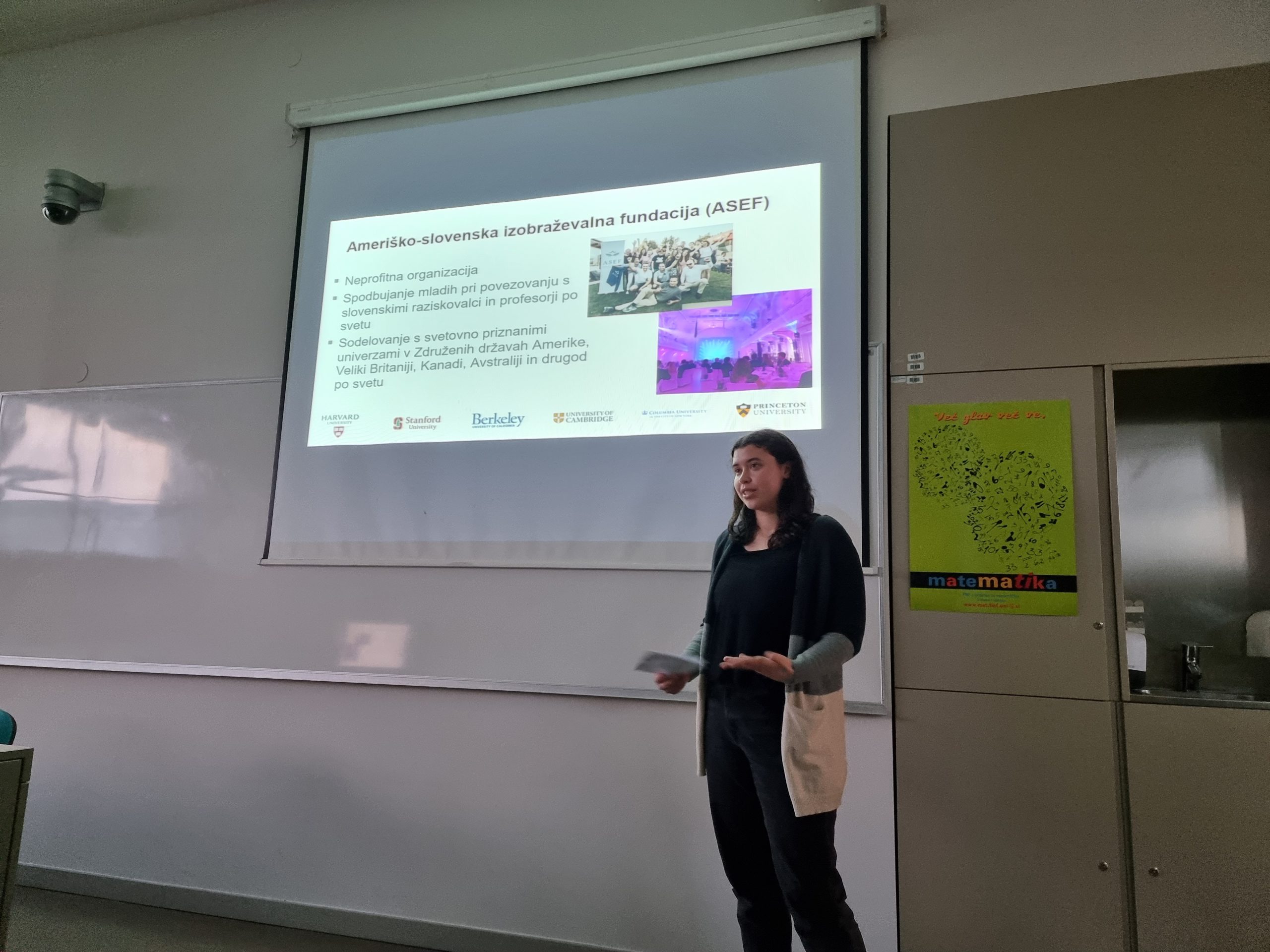