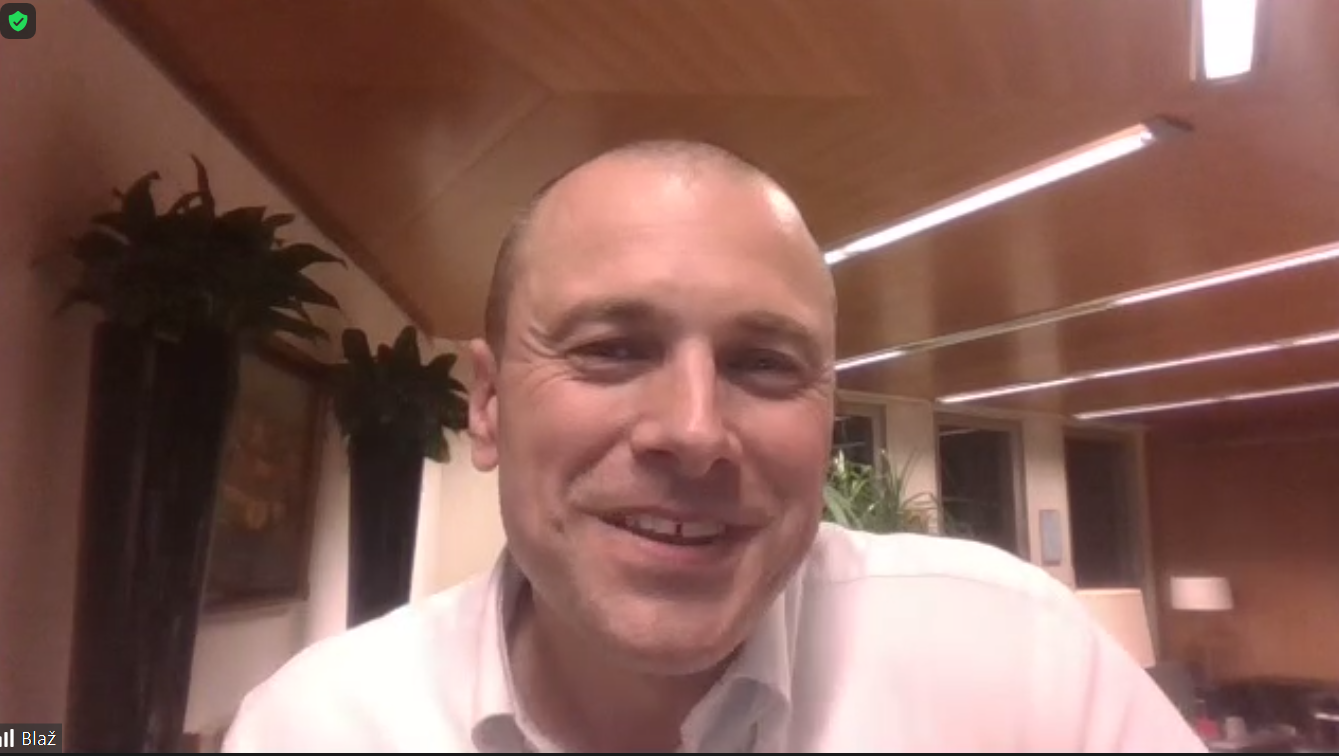 We Must Pursue Our Objectives Collectively

On Tuesday, December 6, we met with ASEF Fellows for the December ASEF Story, a series of conversations with highly successful Slovenians. This time, we spoke to Blaž Brodnjak, President of the Management Board at NLB Group.

In a conversation with ASEF Fellows, he presented his career beginnings. Already during his high school years, he decided to study economics as he was attracted to finance in general. He has managed corporate operations in various banks. In addition to his experience, he also showed the scholars how important the environment you work in is and the team that you have to trust.

We also talked about the challenges of being a CEO. According to Mr. Brodnjak, it is crucial to return to “hygiene of the craft”. Each industry has its own business model with its own principles that need to be respected for the industry to function. NLB has decided to go back to basics, i.e. active borrowing and lending. Direct contact with customers is also important so that the bank gets a real perspective on how the business operates.

With Mr. Brodnjak, we touched upon another important topic in modern society, namely sustainable development. NLB is the only bank in the region to have joined the Net-Zero Banking Alliance. In their business, they promote the financing of energy-efficient projects, production based on renewable sources, and the development of hydrogen technologies. Our speaker’s view is that the global sustainability agenda requires competition, but also cooperation to achieve common goals.

He also described the housing problem in Slovenia and believes that both short-term and long-term solutions are needed to ensure a comprehensive approach to tackling this problem. Finally, he also spoke about the advantages of NLB in the region, as the bank is present in almost all countries of the region, with the exception of Croatia. Mr. Brodnjak believes that they make a difference in the Balkans, as they know the environment well and are able to grow quickly and safely with relatively basic solutions.

The conversation was moderated by Tadej Krivec, 2021 ASEF Junior Fellow.