Events
ASEF Only
Other Events
Reports

As part of the second day of the trip with scholarship holders from Slovenia, the USA and Argentina, the route led from Posavje to the natural and cultural sights of Bela krajina. The first stop was the source of the Bela krajina river Krupa in a beautiful landscape. A short morning walk was followed by a visit to the Lahinja Landscape Park. At this place, a reception was first held by the Folklore Group Dragatuš, a member of which is also this year’s scholarship holder Tajda Klobučar. The folklore group is trying to preserve the Bela Krajina folk tradition, which was also shown by performing in costumes full of folk music, songs and dances. The scholarship holders were also able to try their hand at dancing, which went very well for them. The lively and rich cultural program was followed by a tour of the Bela Krajina house and then a walk through the beautiful landscape park in the pleasant rays of the sun. The tasting of Bela Krajina specialties (including the famous Bela Krajina cake) near the Kolpa River developed into a free afternoon by the Kolpa River, where scholarship holders could swim, socialize and engage in other activities. You will be able to see the results of the latter soon. They returned home with good impressions and new acquaintances. 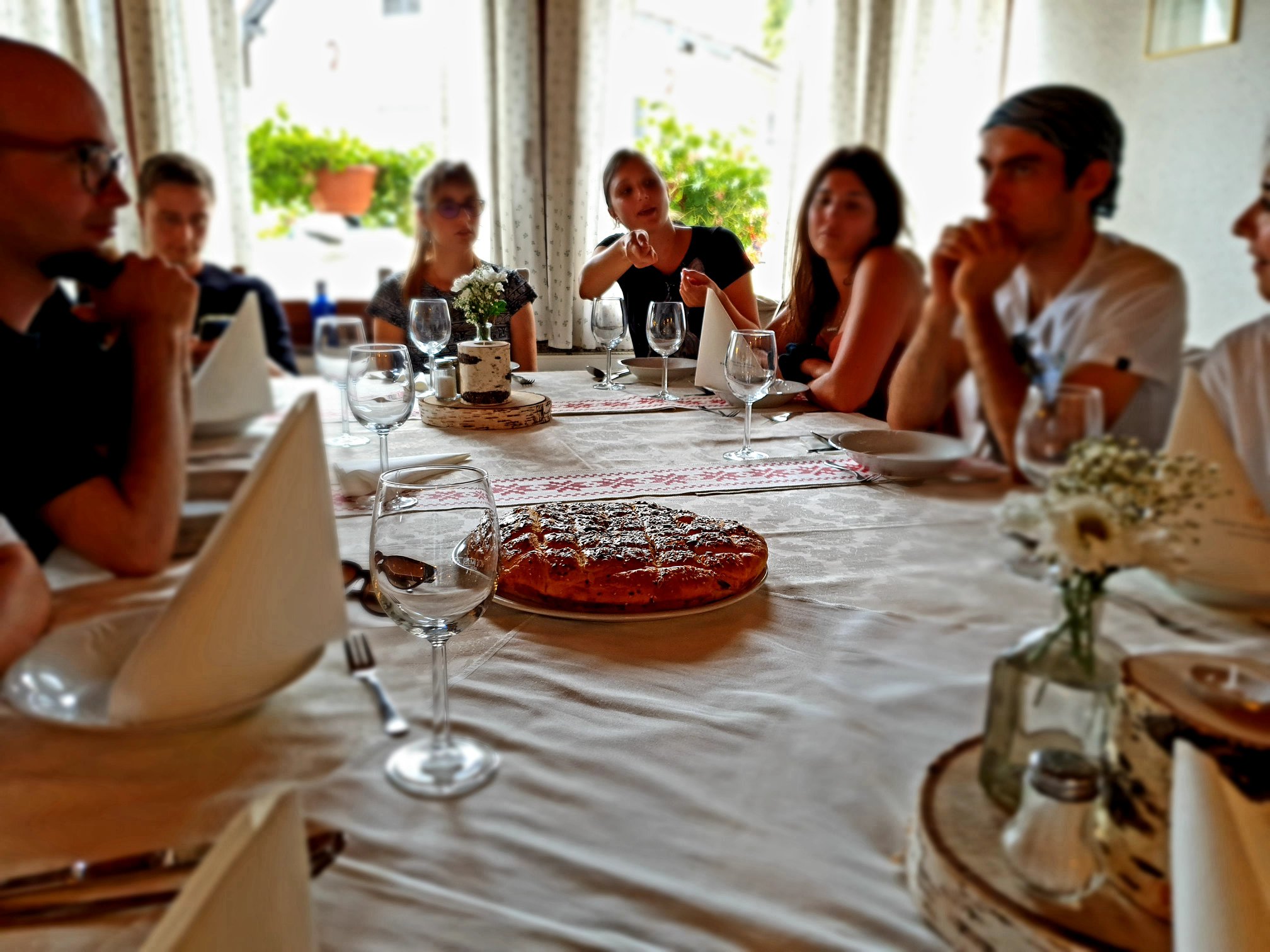