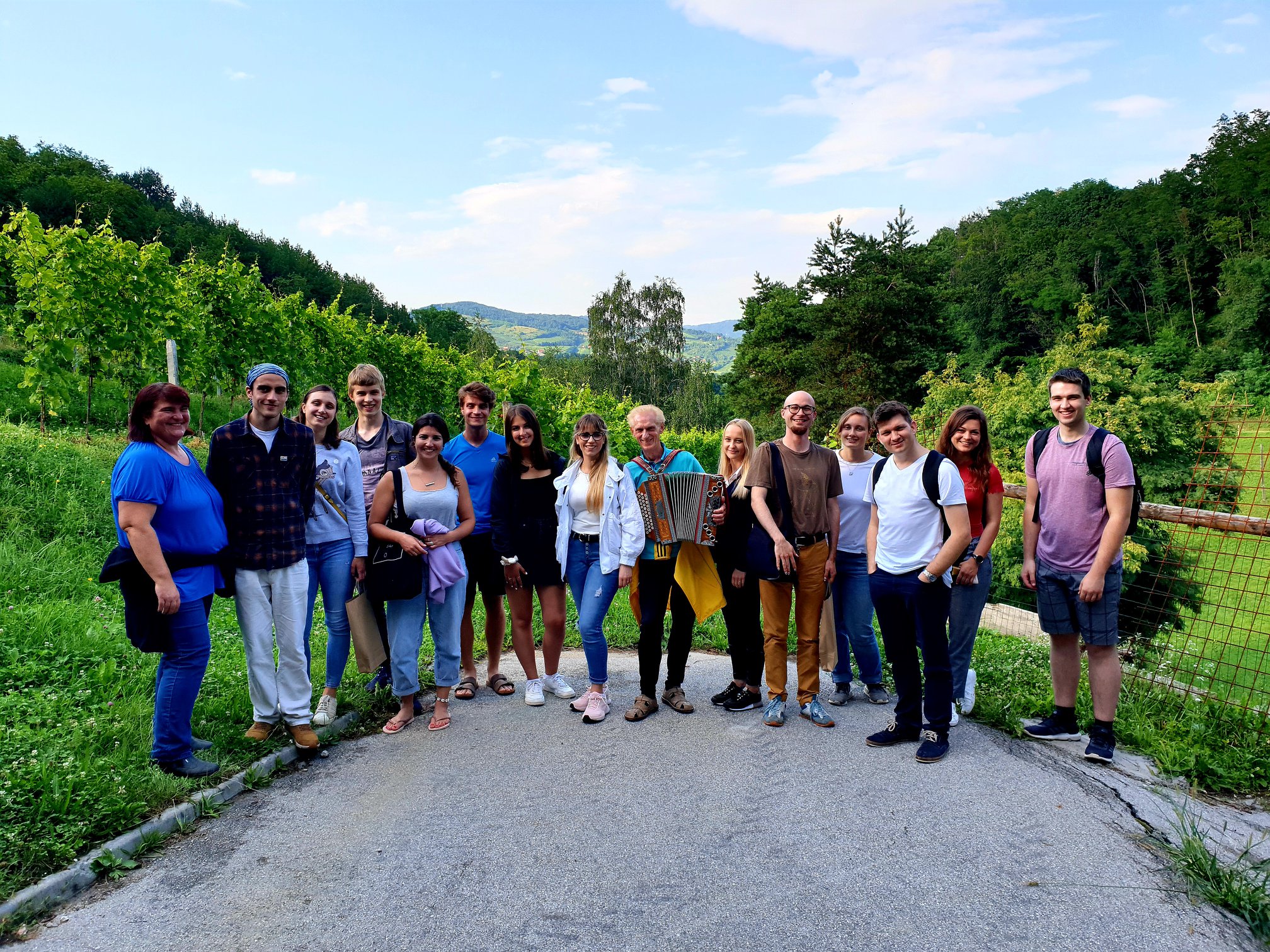 Events
ASEF Only
Other Events
Reports

2020 ASEF Fellows explored the cultural and natural heritage of individual parts of Slovenia on a two-day trip, and at the same time the trip was a great opportunity for mutual scholarship holders from Slovenia, the USA and Argentina to get to know each other. As part of the first day, the path first led to the town of Pišece, located in the Municipality of Brežice. The writers are known for the linguist and lexicographer Maks Pleteršnik, who published the first Slovene-German dictionary in 1895. In the place stands his birth house, which was worth a visit. Pleteršnik Homestead Pišece prepared a wonderful reception with a guided tour through the village and around the homestead, surprised with prepared home-made delicacies (among which there was a well-known buckwheat cake), and music, which was provided by Pleteršnik’s singers. Literary creator Rudi Mlinar also joined and presented his new work. At the beautiful Pišeški grad, the reception was prepared by the caretaker of the castle, Mr. Ivan Radanovic. From Pišec, a drive to Bizeljsko followed, where Karin Dobravc Škof, this year’s ASEF scholarship holder, who is also the current wine queen of Bizeljsko, showed off her home amateur farm and prepared a welcome. After visiting Repnice Najger (ie caves dug in quartz sand, which was flooded by the Pannonian Sea millions of years ago) with the cheerful musical accompaniment of Lojze Ogorevac, a night hike to the church of Sv. Vida, which lies on a very popular nearby hill above Čatež among the locals 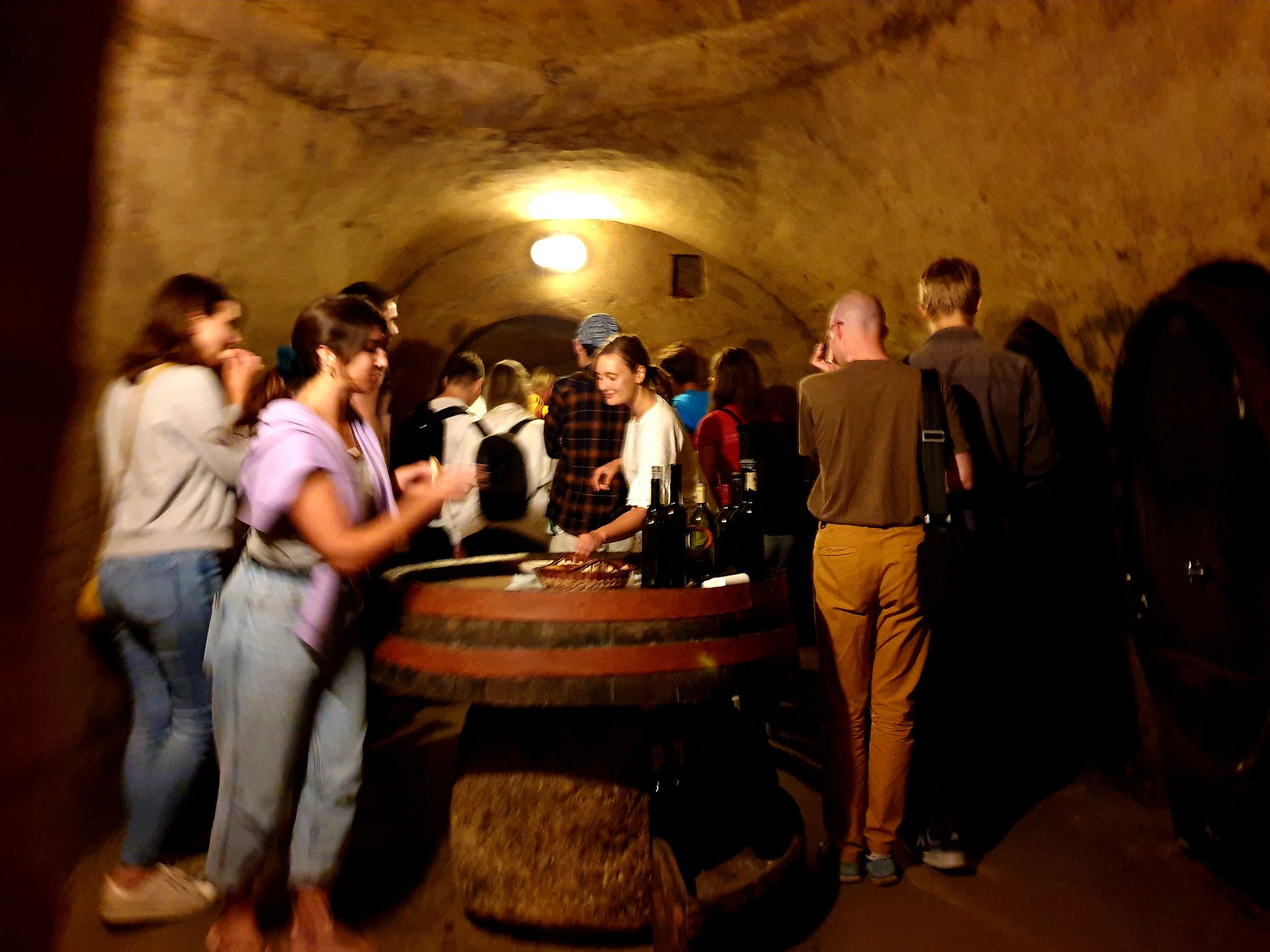 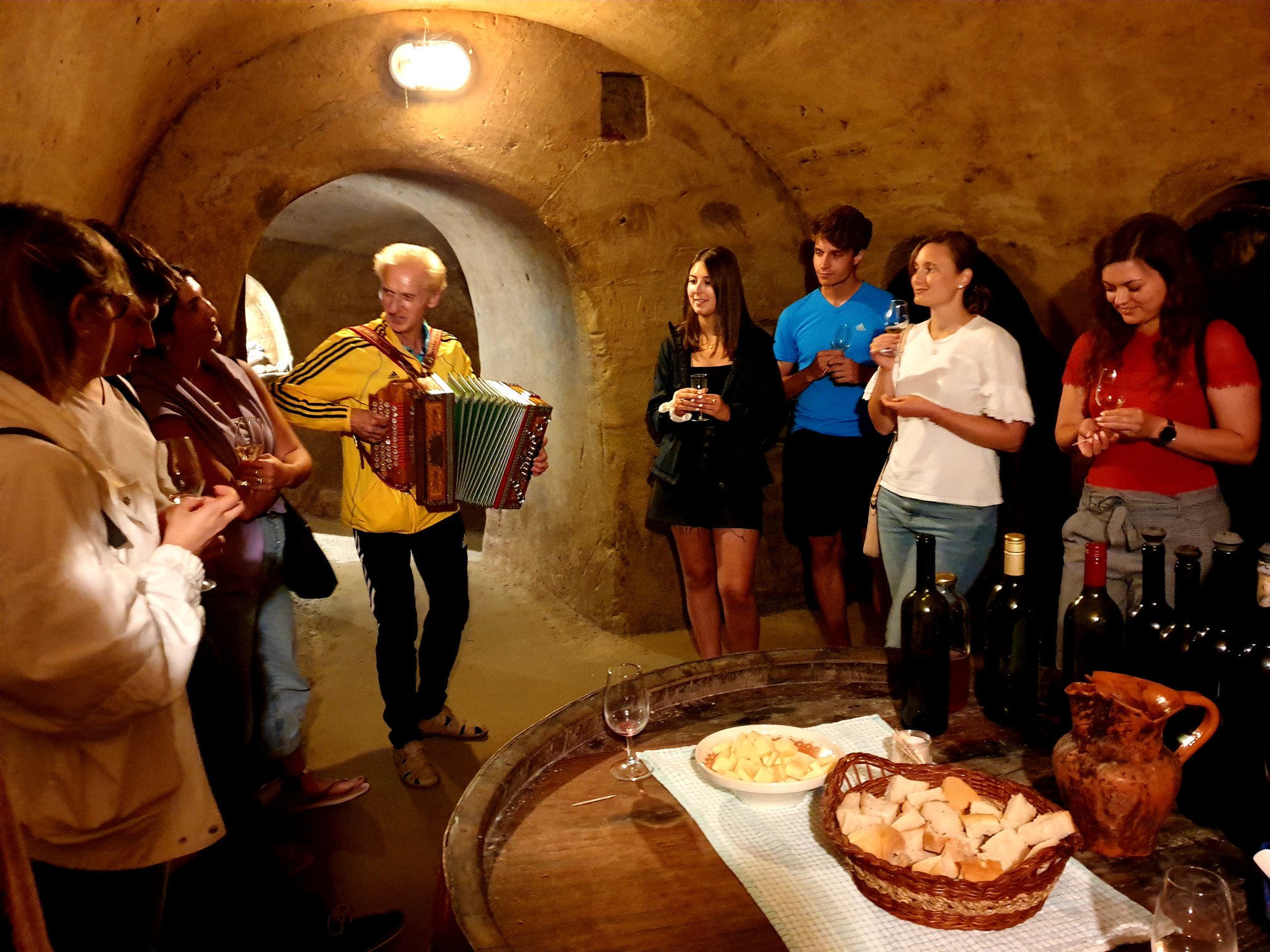 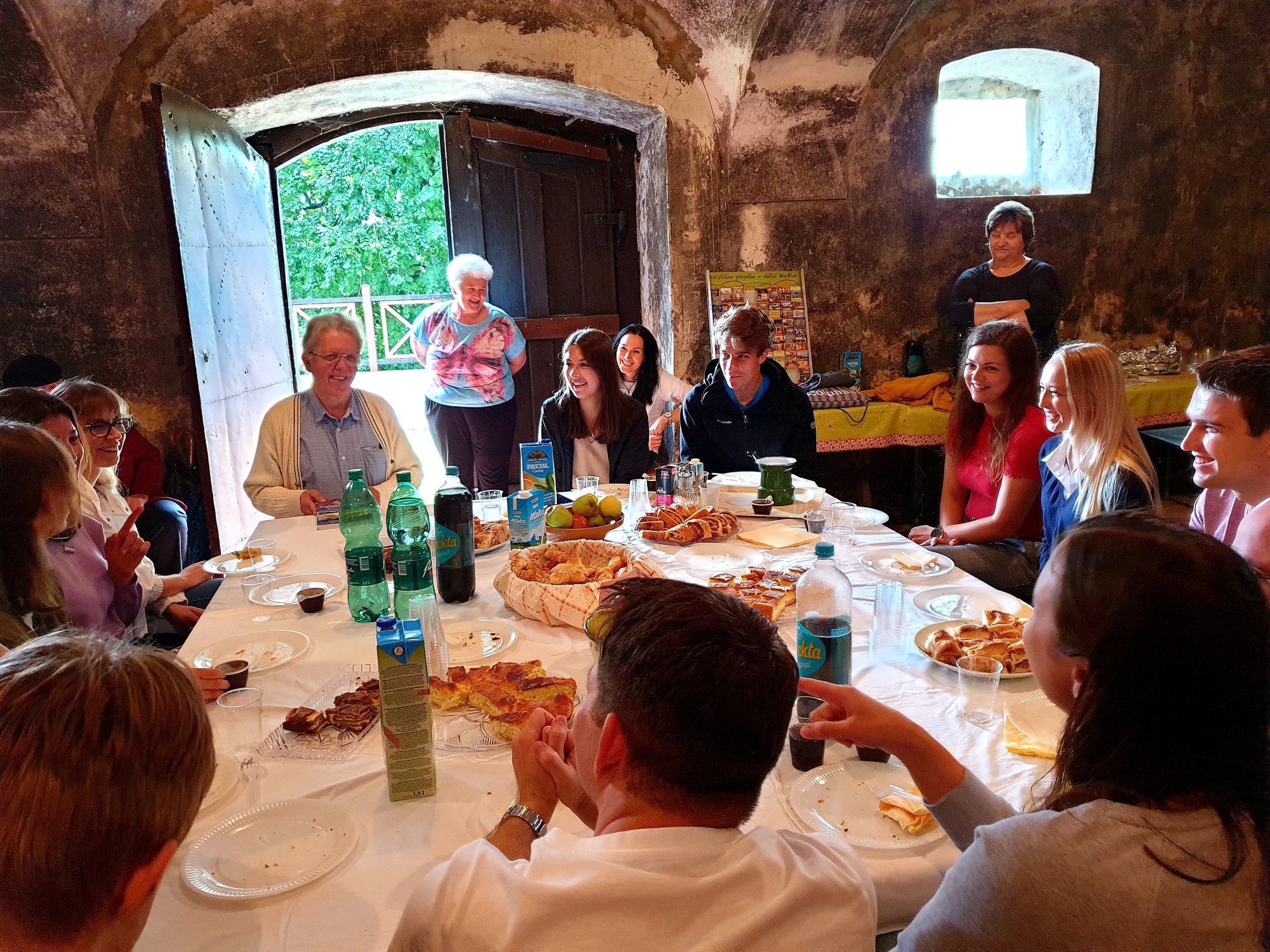 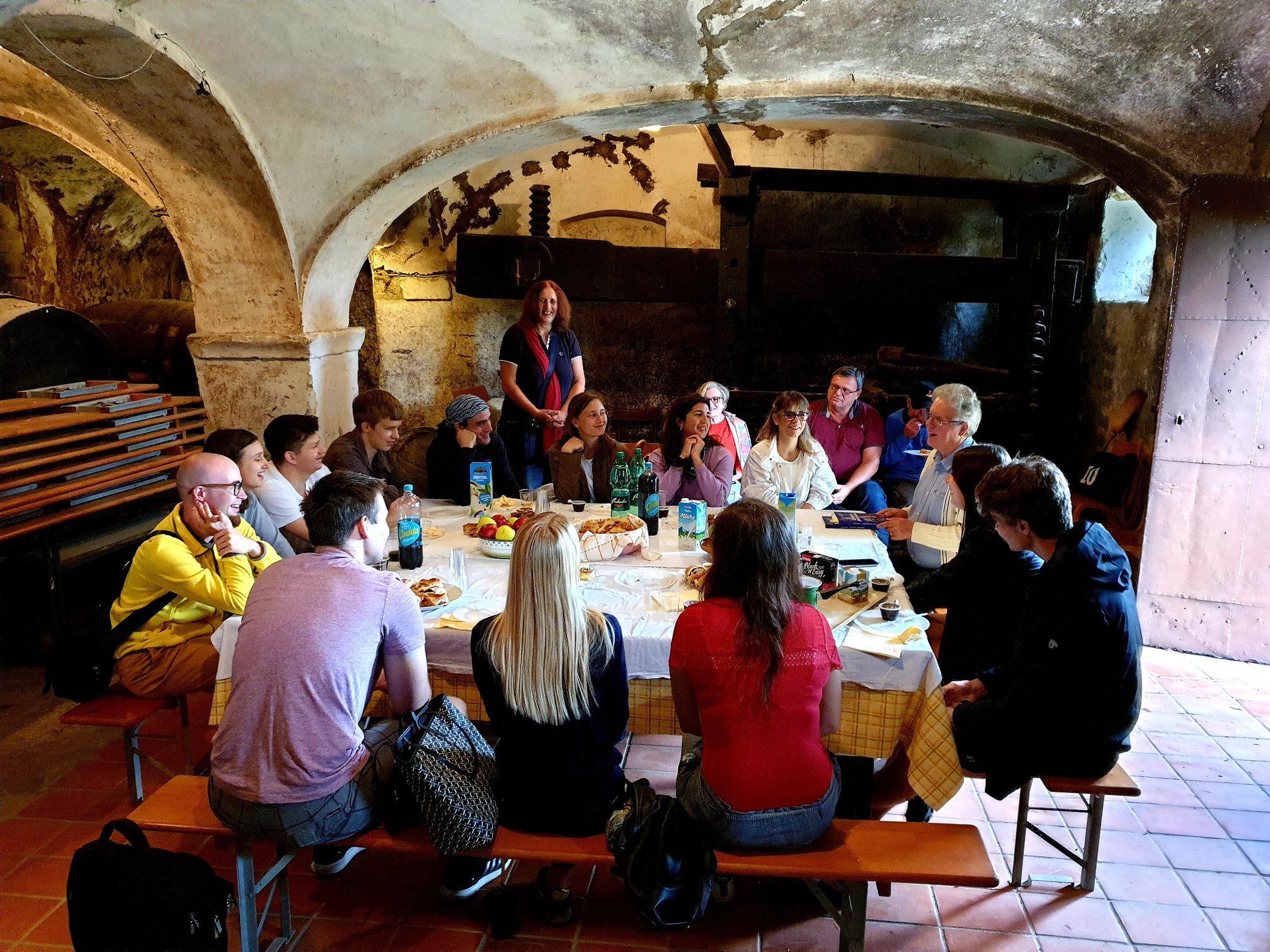 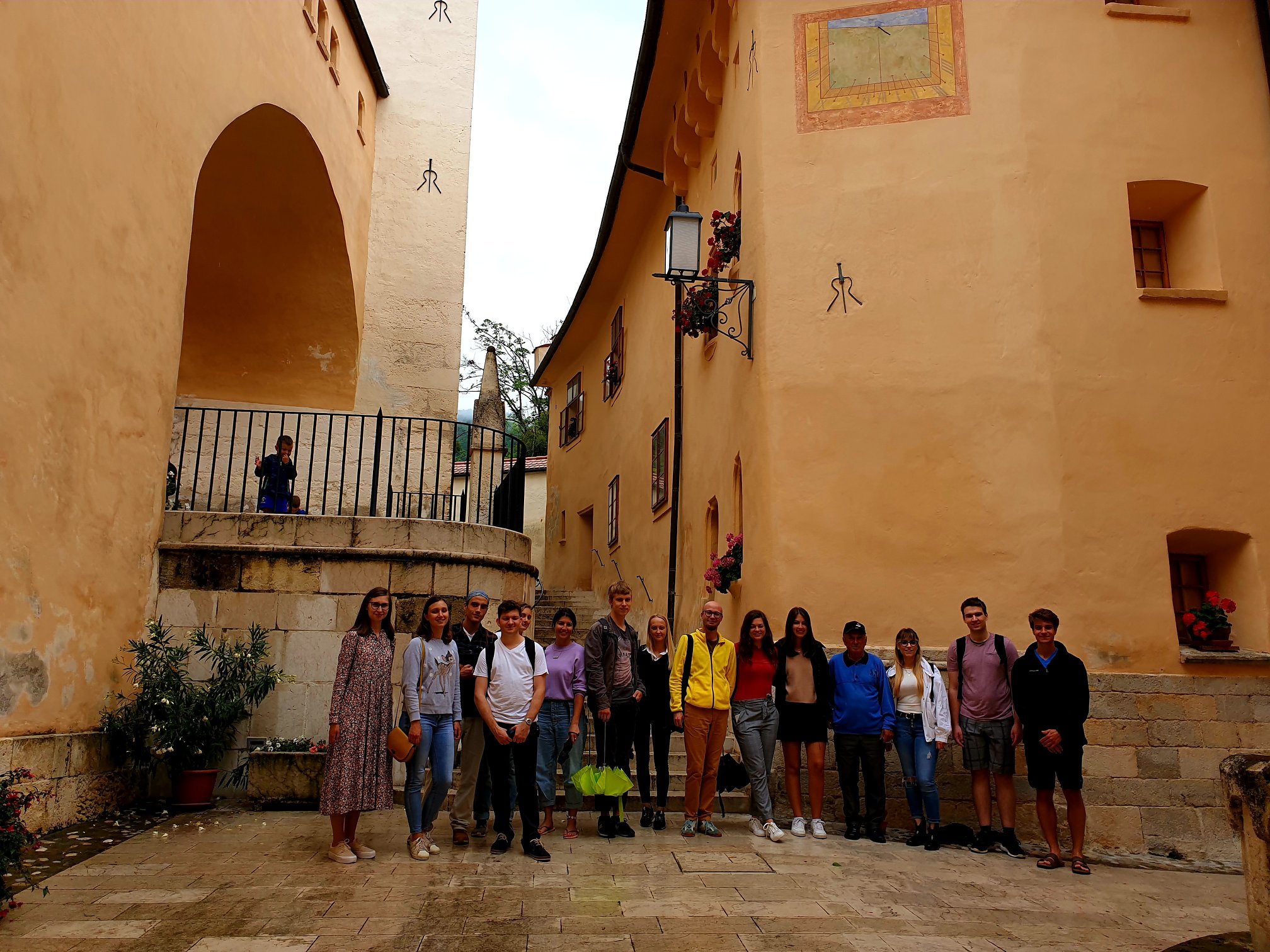 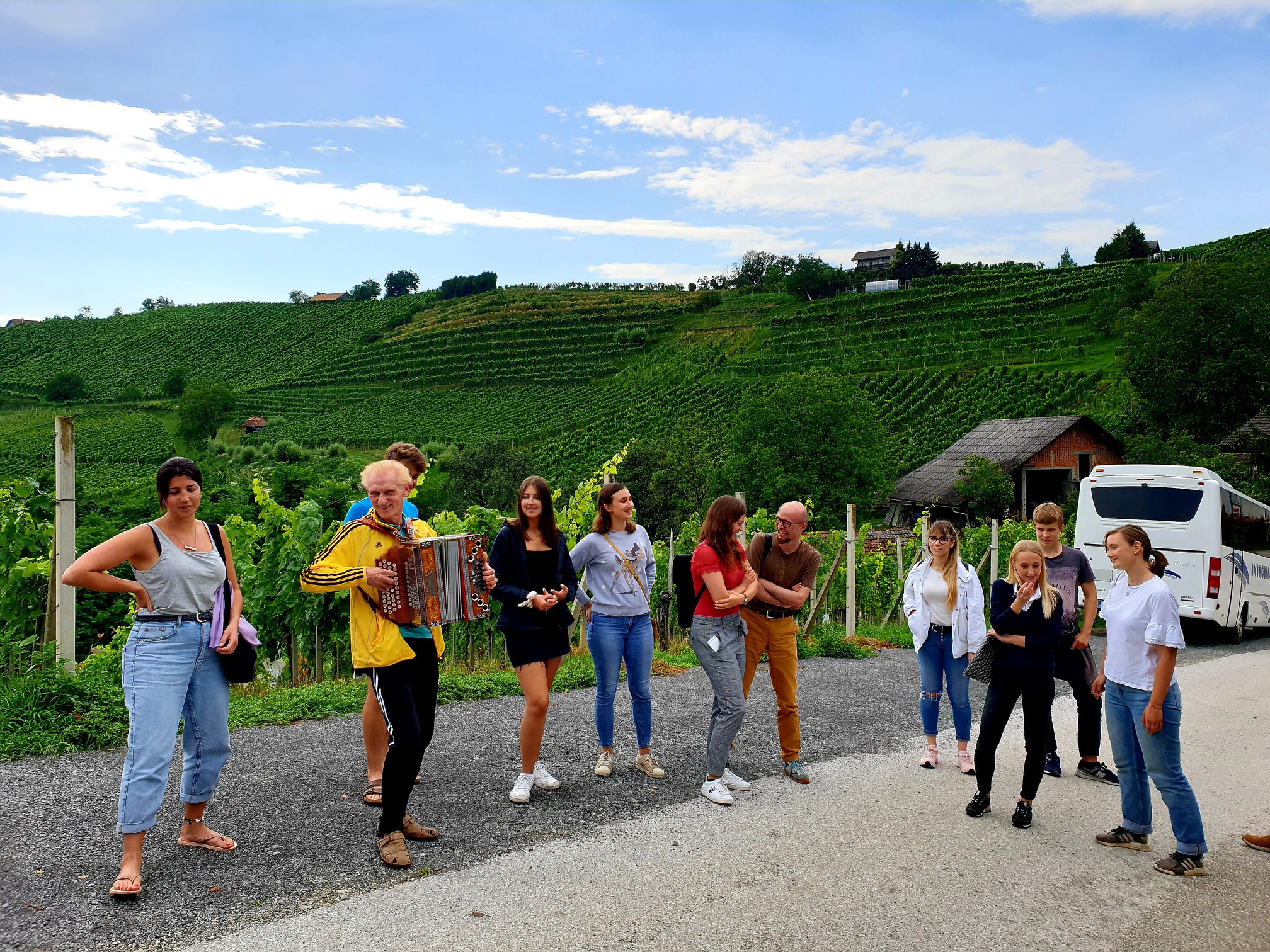 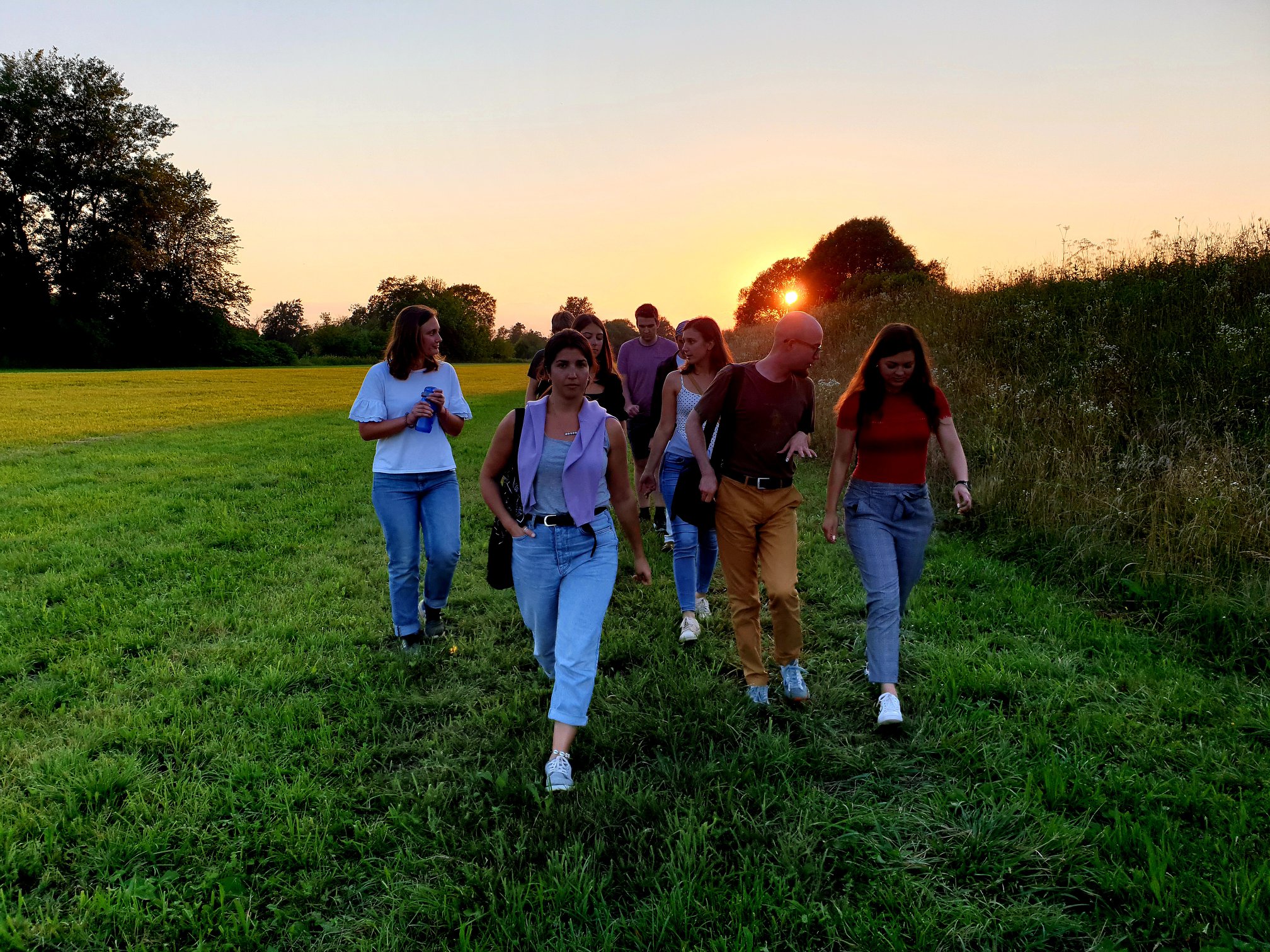 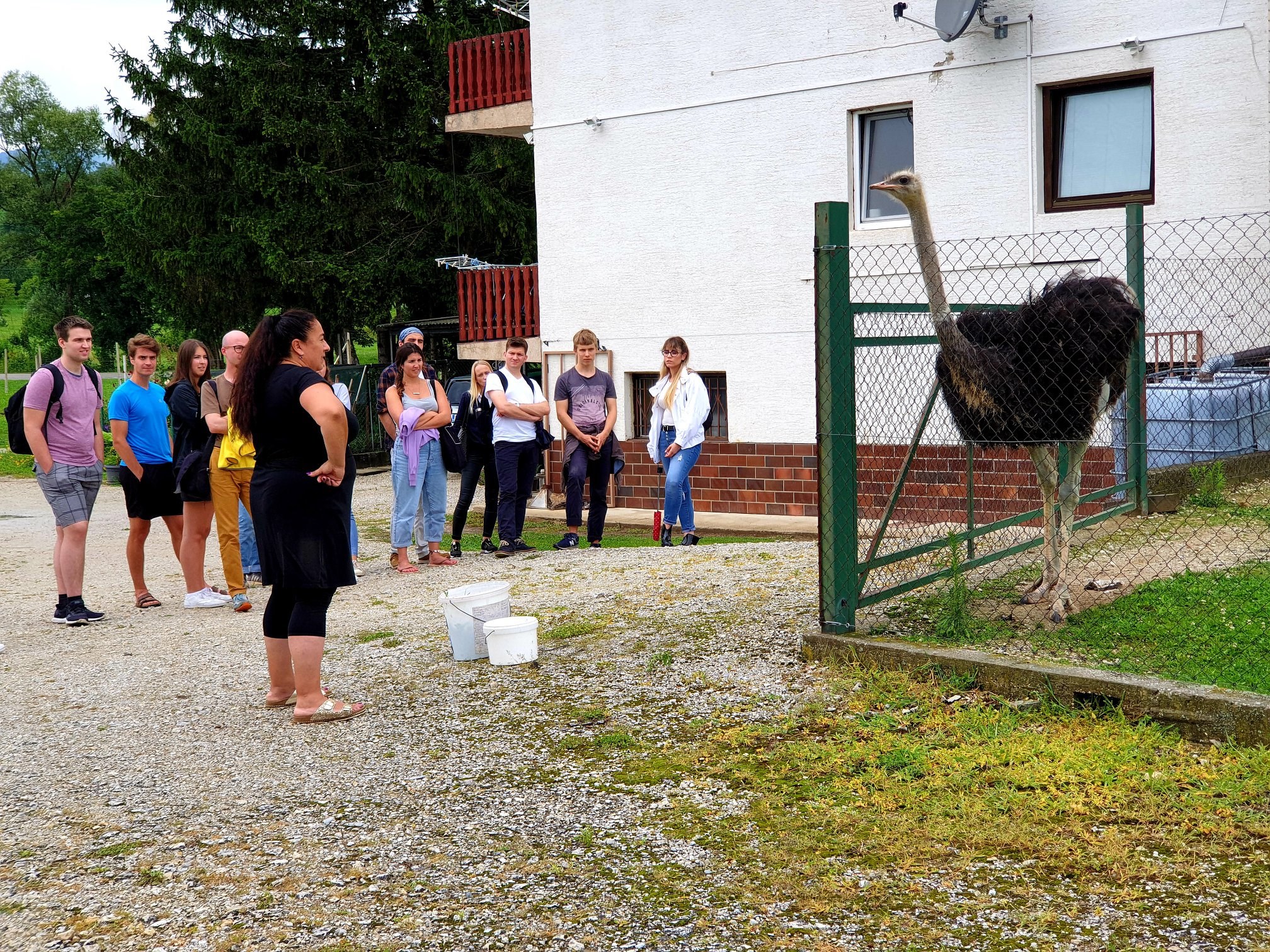 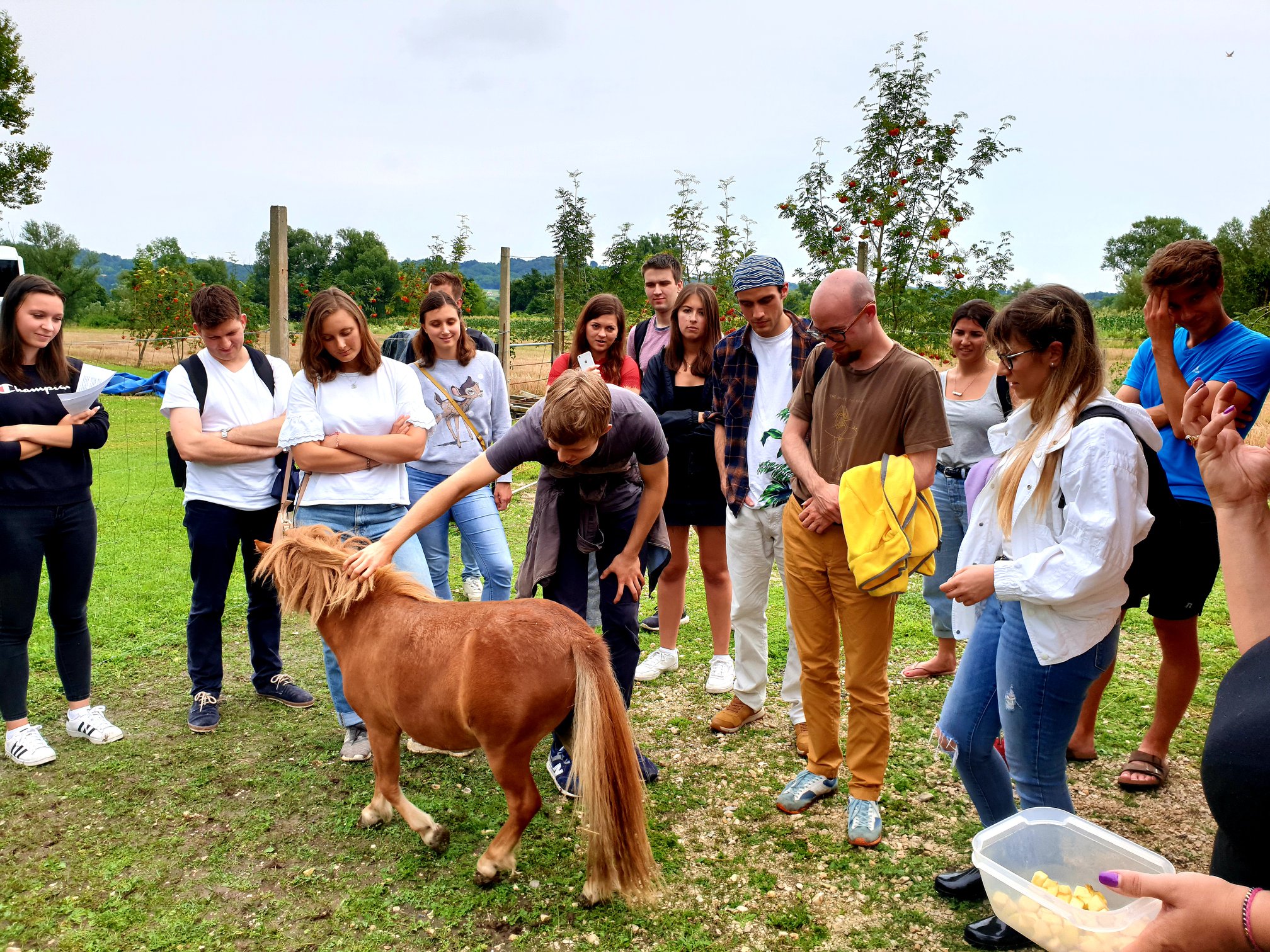 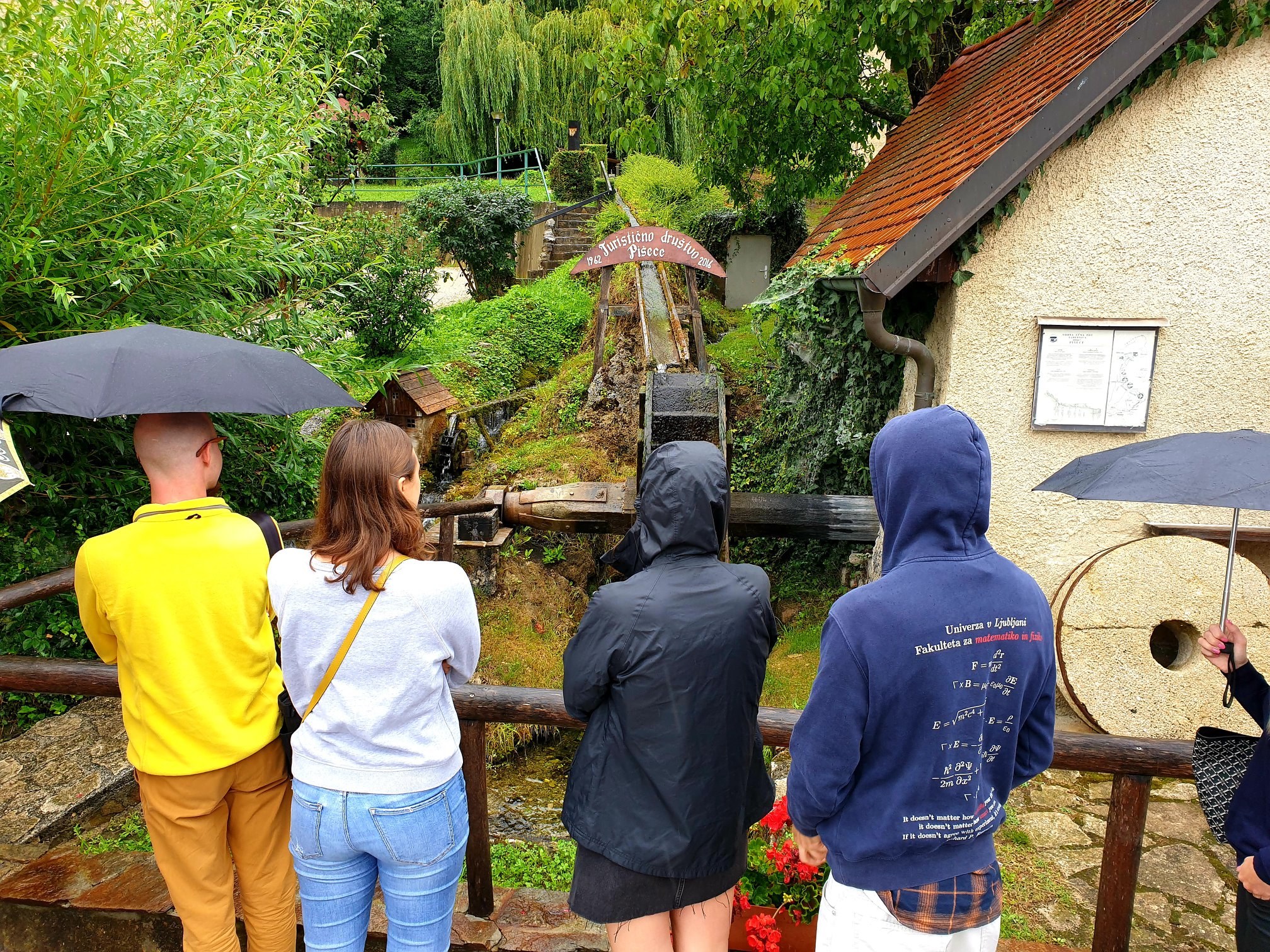 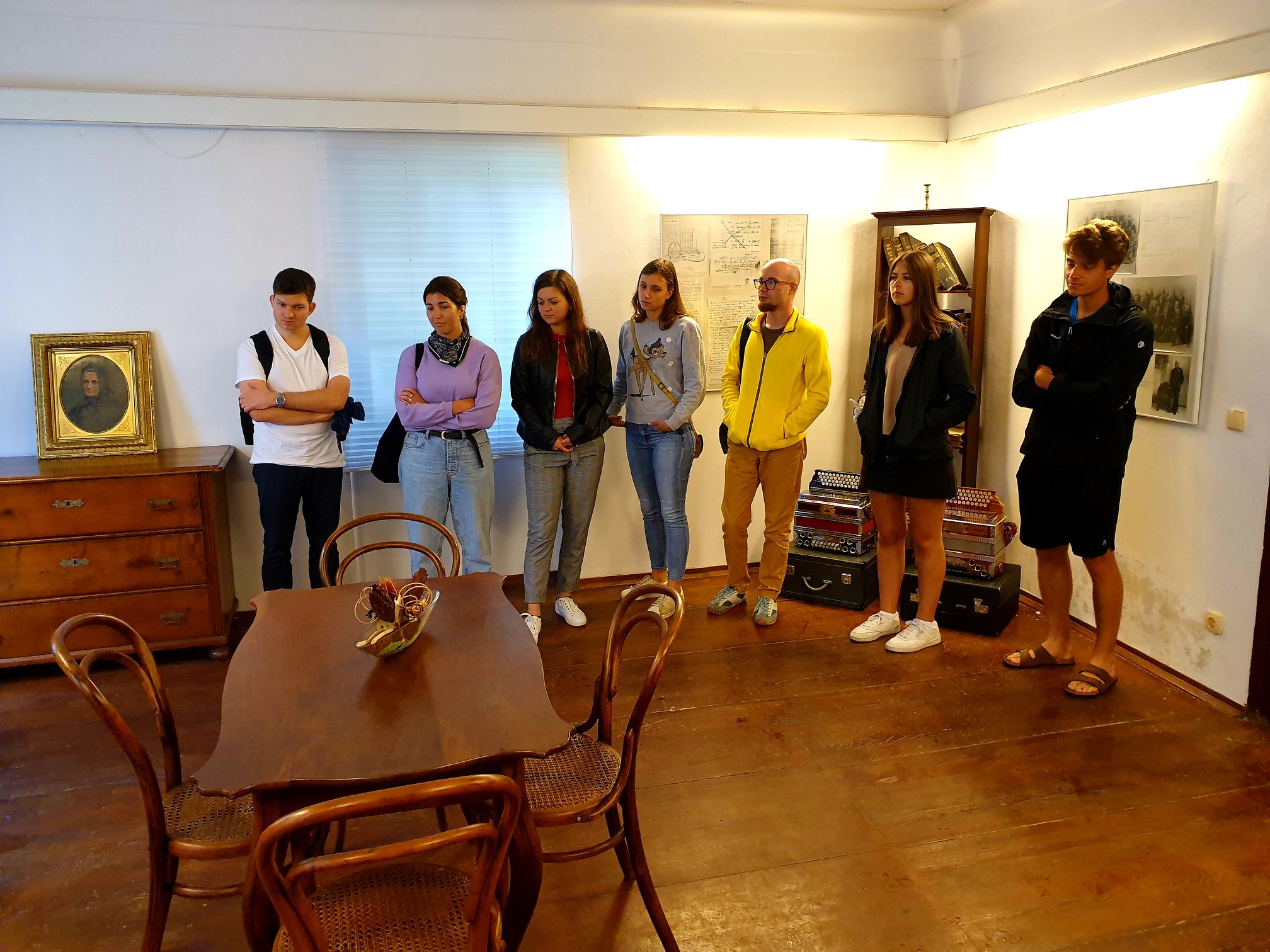 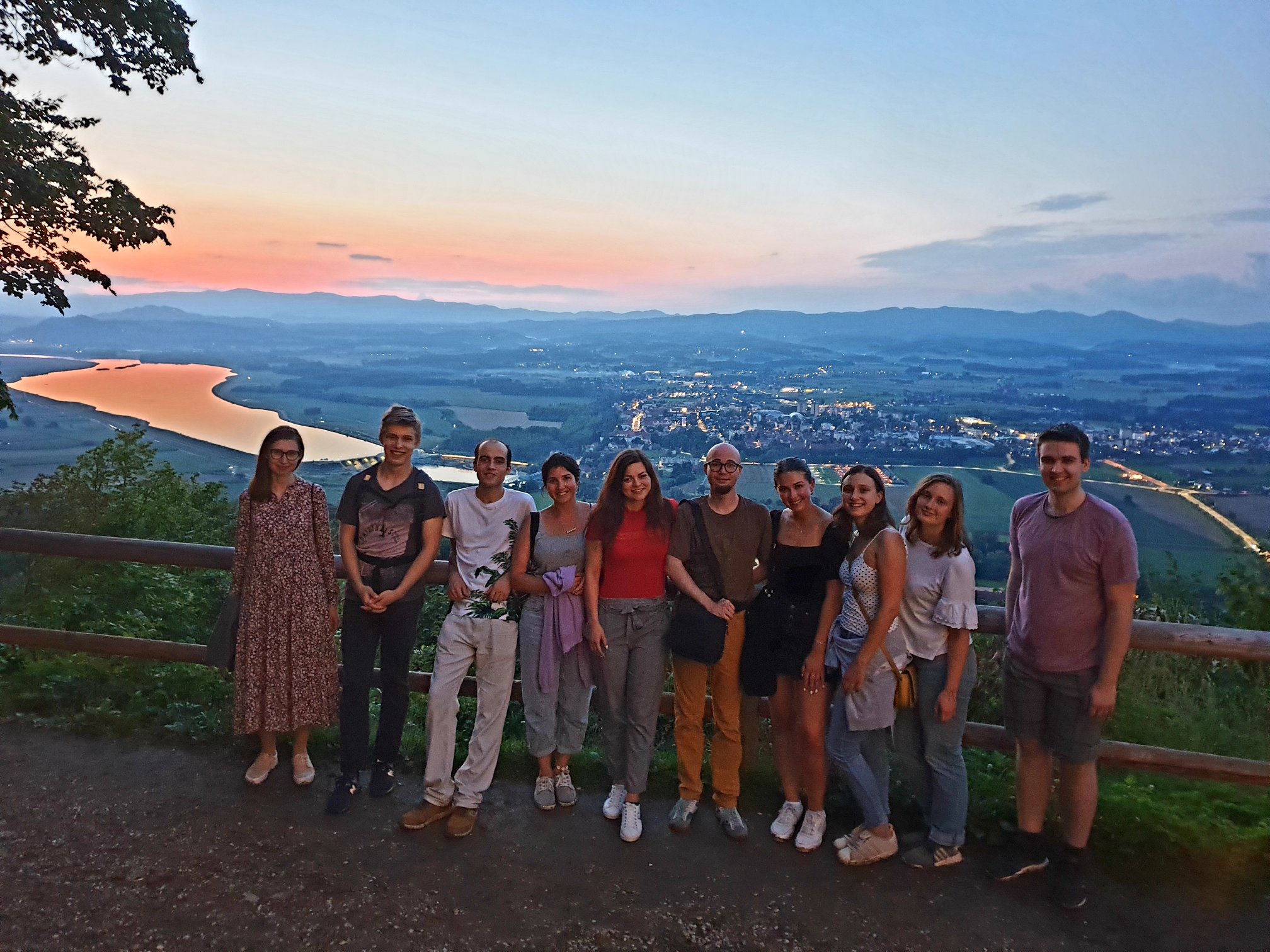