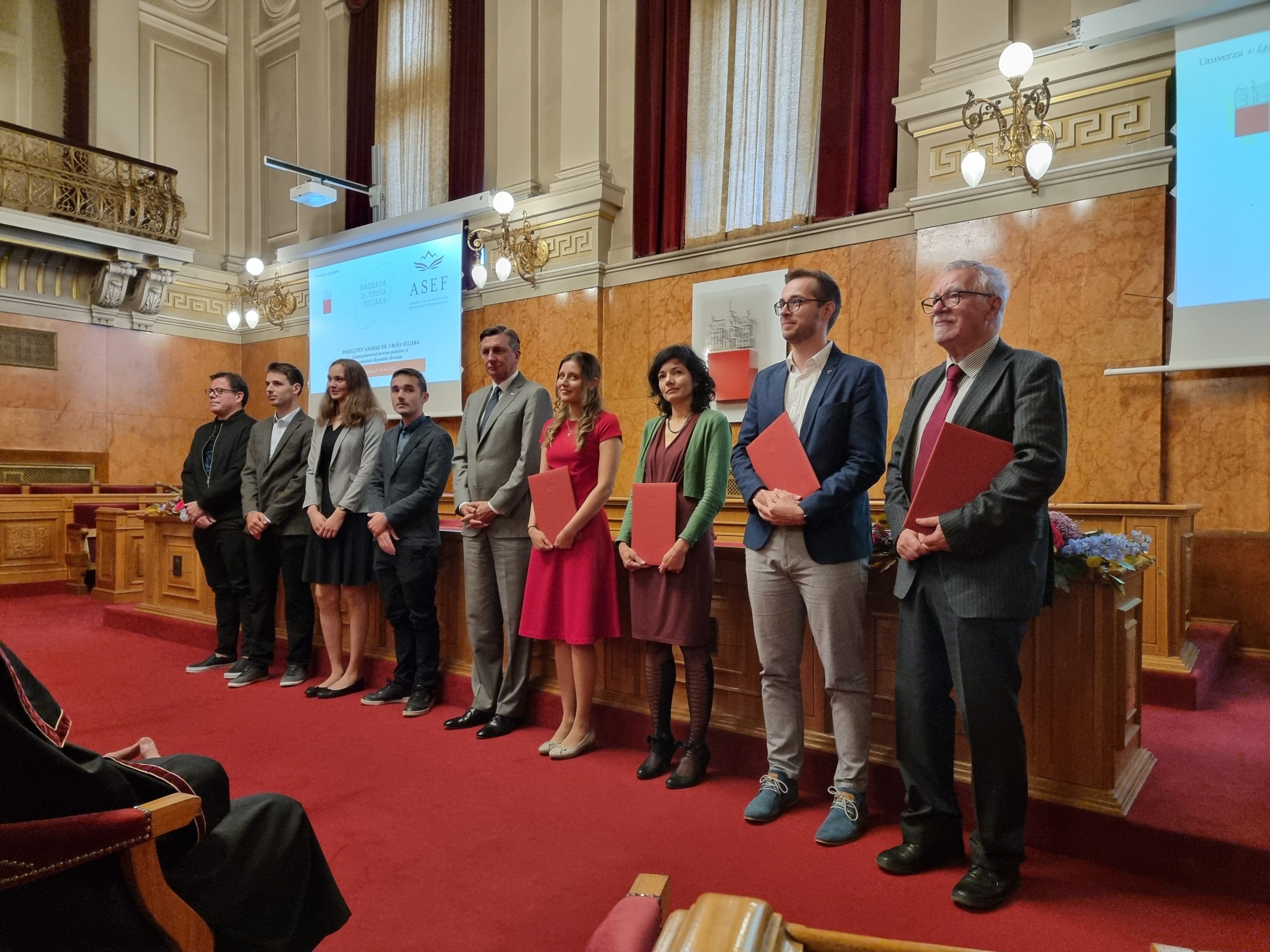 The First Prizes of dr. Uroš Seljak for the Best Scientific Publications Awarded Under the Honorary Patronage of the President of The Republic of Slovenia, Borut Pahor

On Tuesday, October 4, the first awards ceremony of the dr. Uroš Seljak Foundation was held at the University of Ljubljana. The prizes for the best scientific publications of students in the Bachelor and Masters level were awarded by the honorary patron the President of the Republic of Slovenia Borut Pahor, donor dr. Uroš Seljak, University of Ljubljana and the American-Slovenian Educational Foundation (ASEF).

Rector of the University of Ljubljana, dr. Gregor Majdič, gave the opening address at the event and said that the award is an excellent incentive for both students and mentors, who significantly contribute to the student’s successful work.

At the ceremony, dr. Jure Leskovec, co-founder of ASEF, encouraged young people to do scientific work, and at the same time thanked the mentors for their support: “Stepping forward, hard work and perseverance, as well as modesty and caution, which are all required by scientific work, are the values ​​that adorn you. […] I wish you to continue to use your potential and at the same time realize that without the sacrifice of your mentors and teachers, your success would not be possible.”

On this occasion, dr. Marinka Žitnik, director of the ASEF Institute, said that she is “very happy that with this award, students of Slovenian universities are encouraged to get involved in science early and to participate in research in their fields already during their undergraduate studies”.

This year’s prizes for the best scientific publications were awarded to: 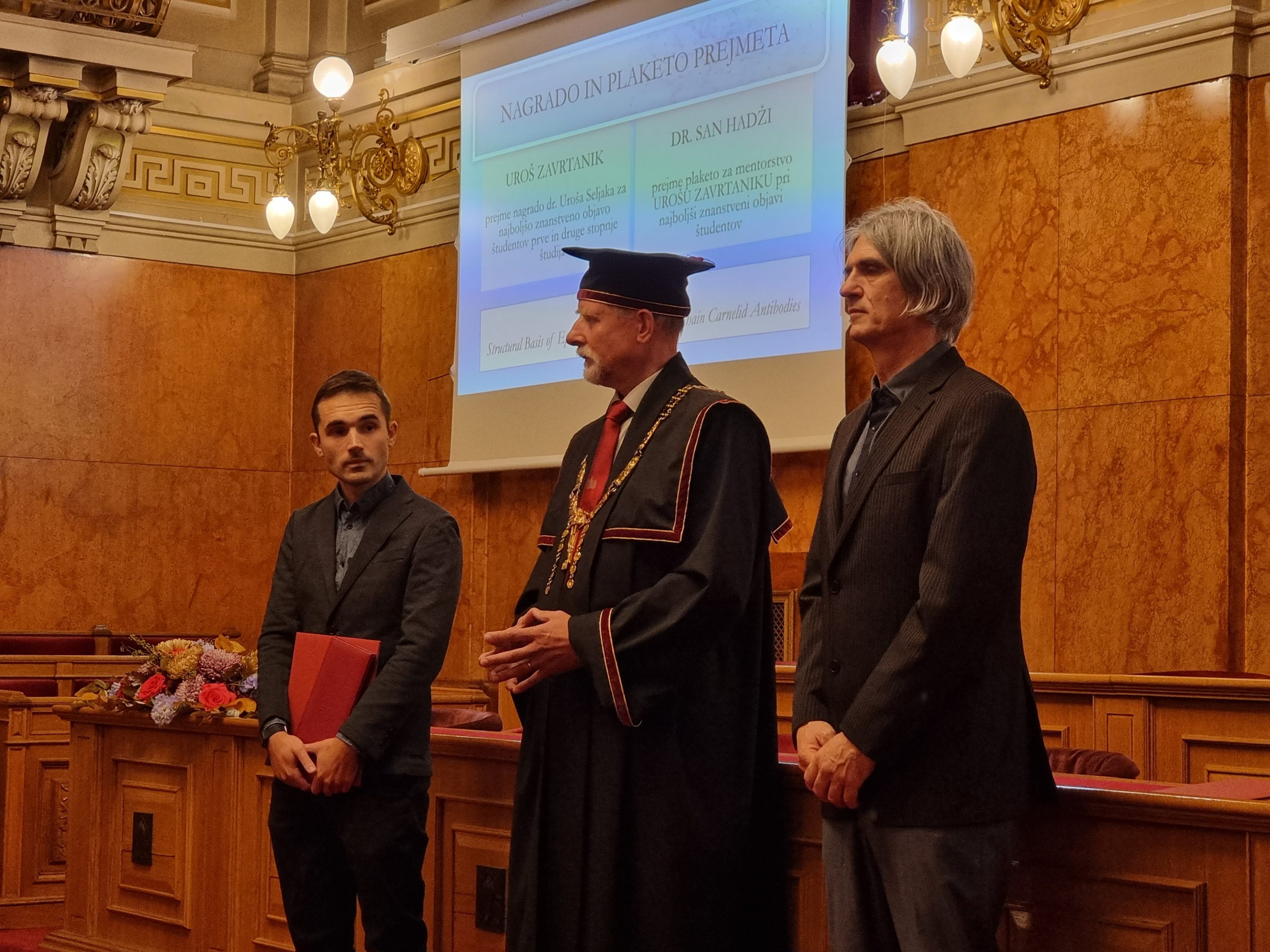 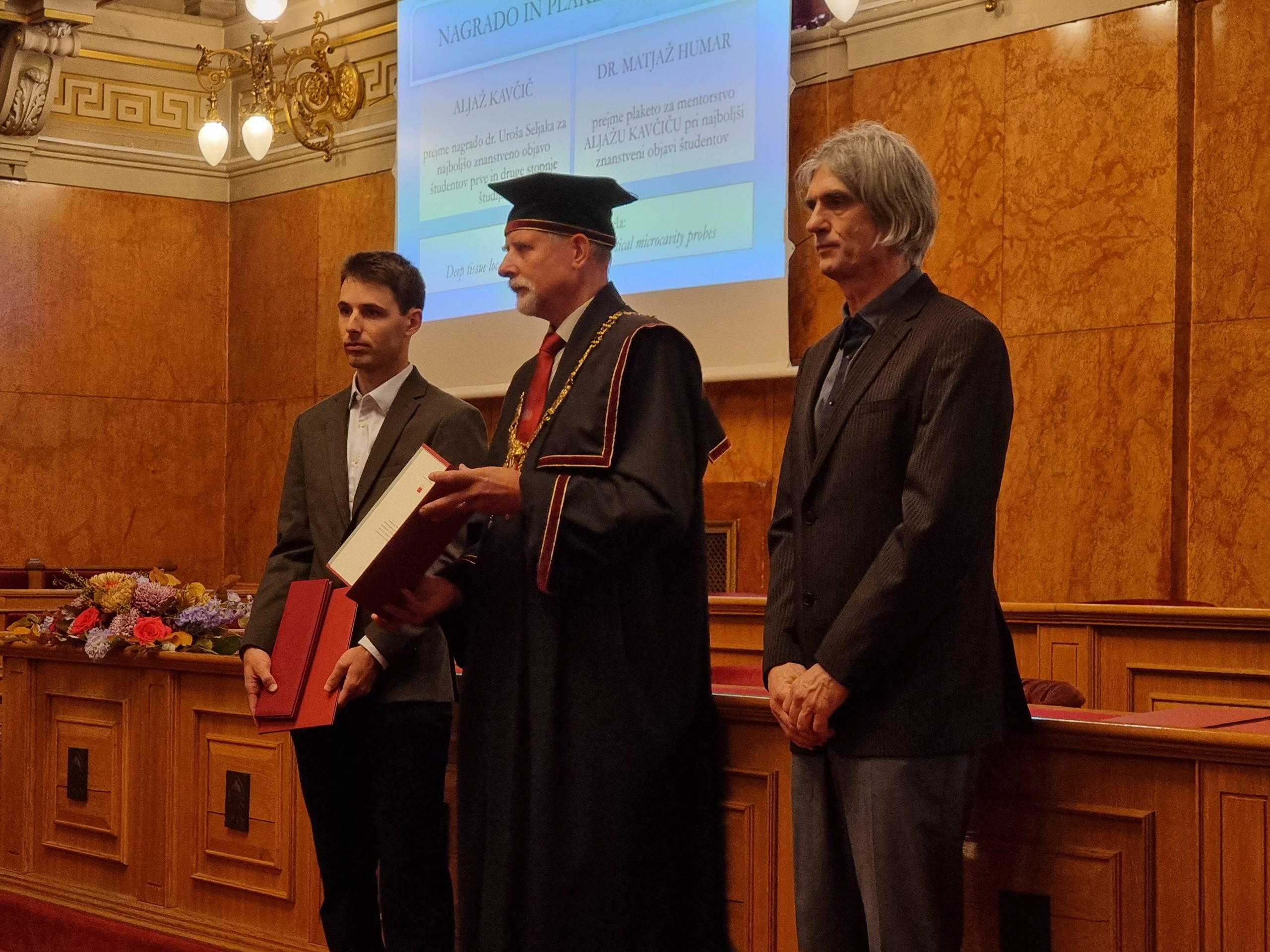 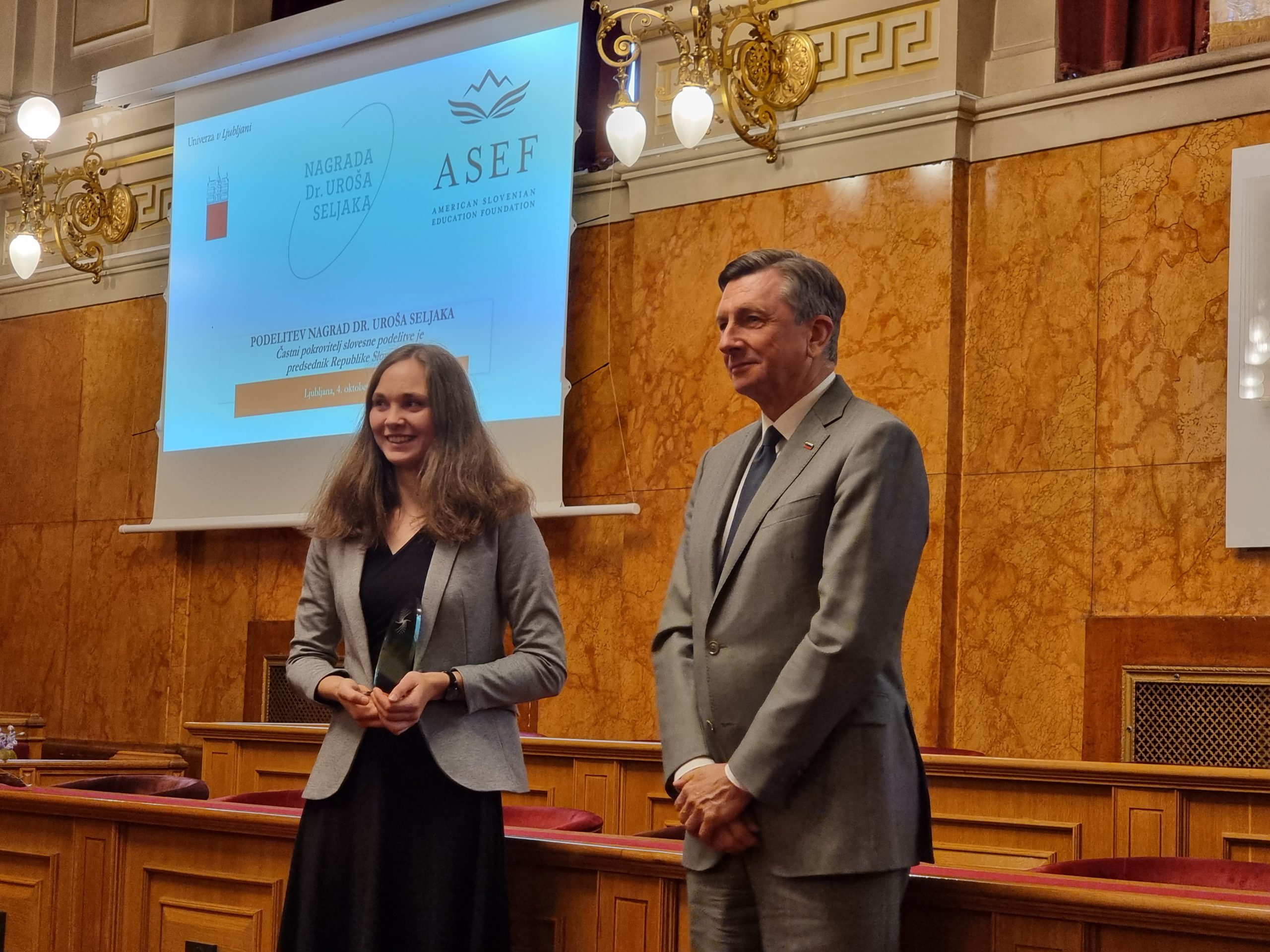 In addition to the main prizes, 2 commendations were awarded for scientific publications. One to Ana Lampret for the scientific work Contact-based interventions to reduce ethnic prejudice against migrants and ethnic minorities in the school context: A systematic literature review (mentor dr. Katja Košir) and one to Luka Petravić for the scientific work Factors Affecting Attitudes towards COVID-19 Vaccination: An Online Survey in Slovenia (mentor dr. Matjaž Zwitter). 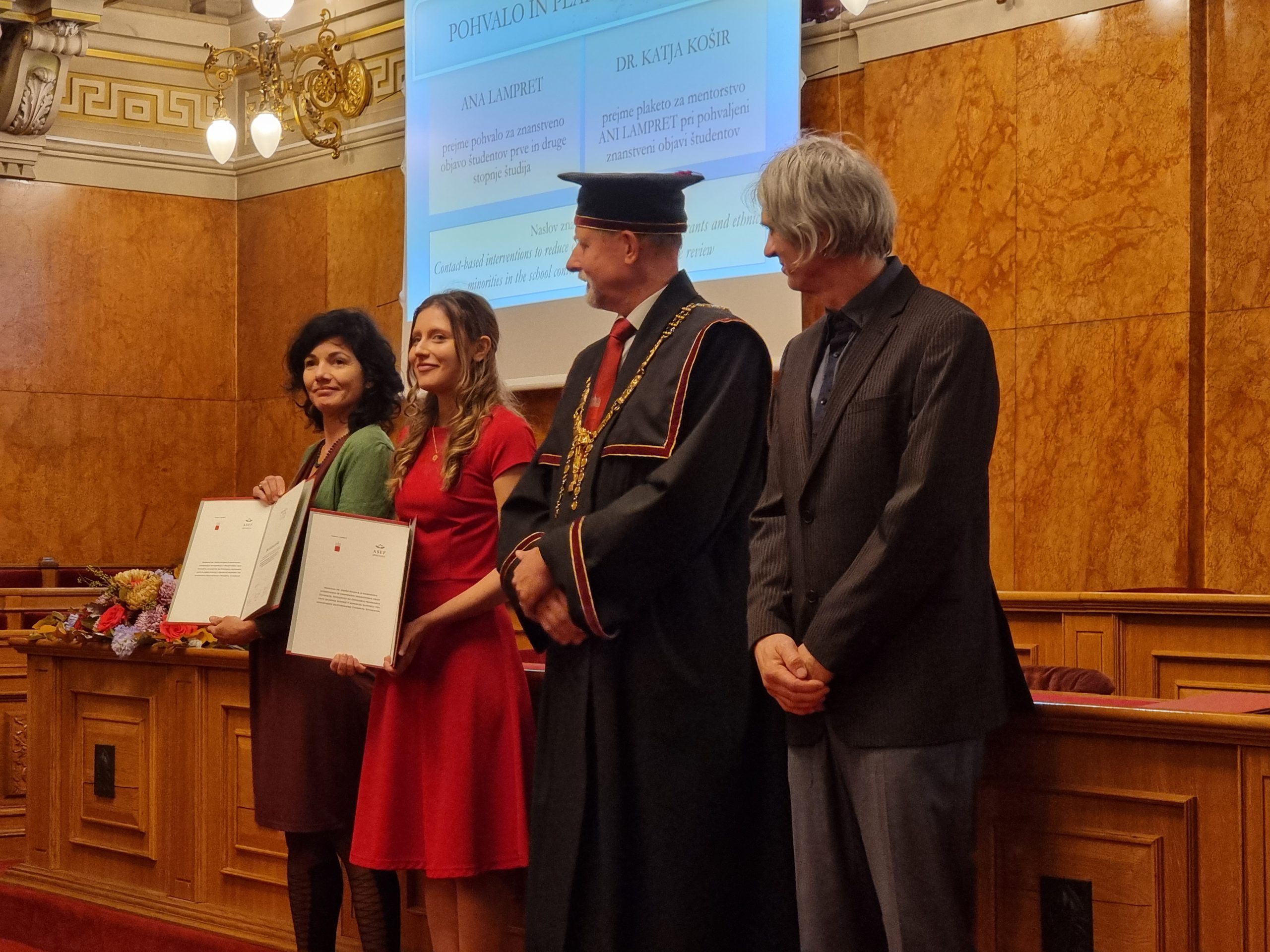 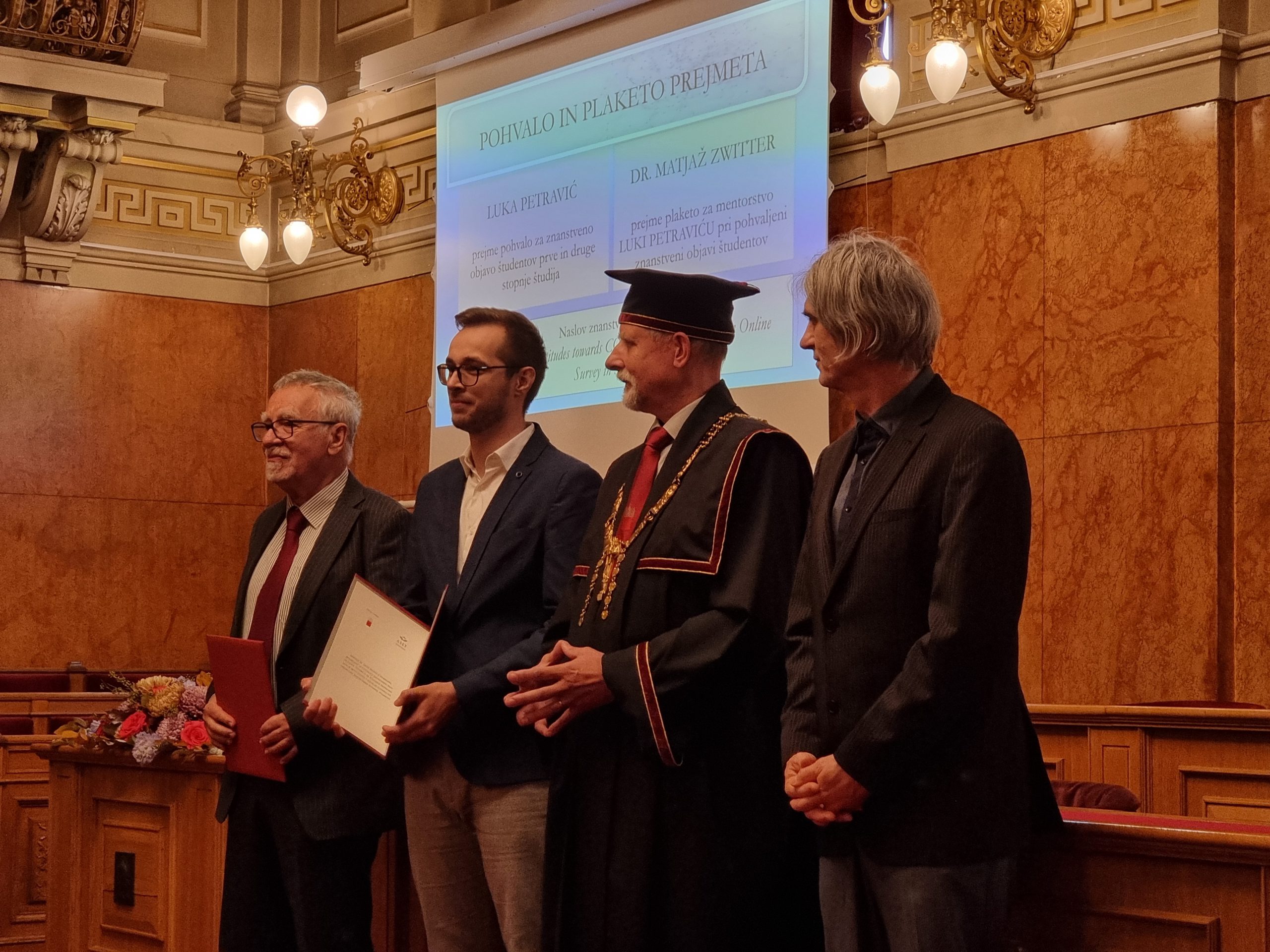 ASEF sincerely congratulates the young awardees and their mentors for their excellent research work and high-profile scientific publication.

Dr. Uroš Seljak, professor at the University of California, Berkeley, ASEF mentor and alumnus of the University of Ljubljana, is one of the three scientists who received the extremely prestigious Gruber Prize for research in cosmology last year. It is one of the most prestigious prizes in science, and the winner receives 500,000 US dollars in addition to recognition. With his part of the prize, dr. Seljak established a prize fund for Bachelor and Master students who publish the best scientific article.

At the awards ceremony, he honored the audience with a speech.