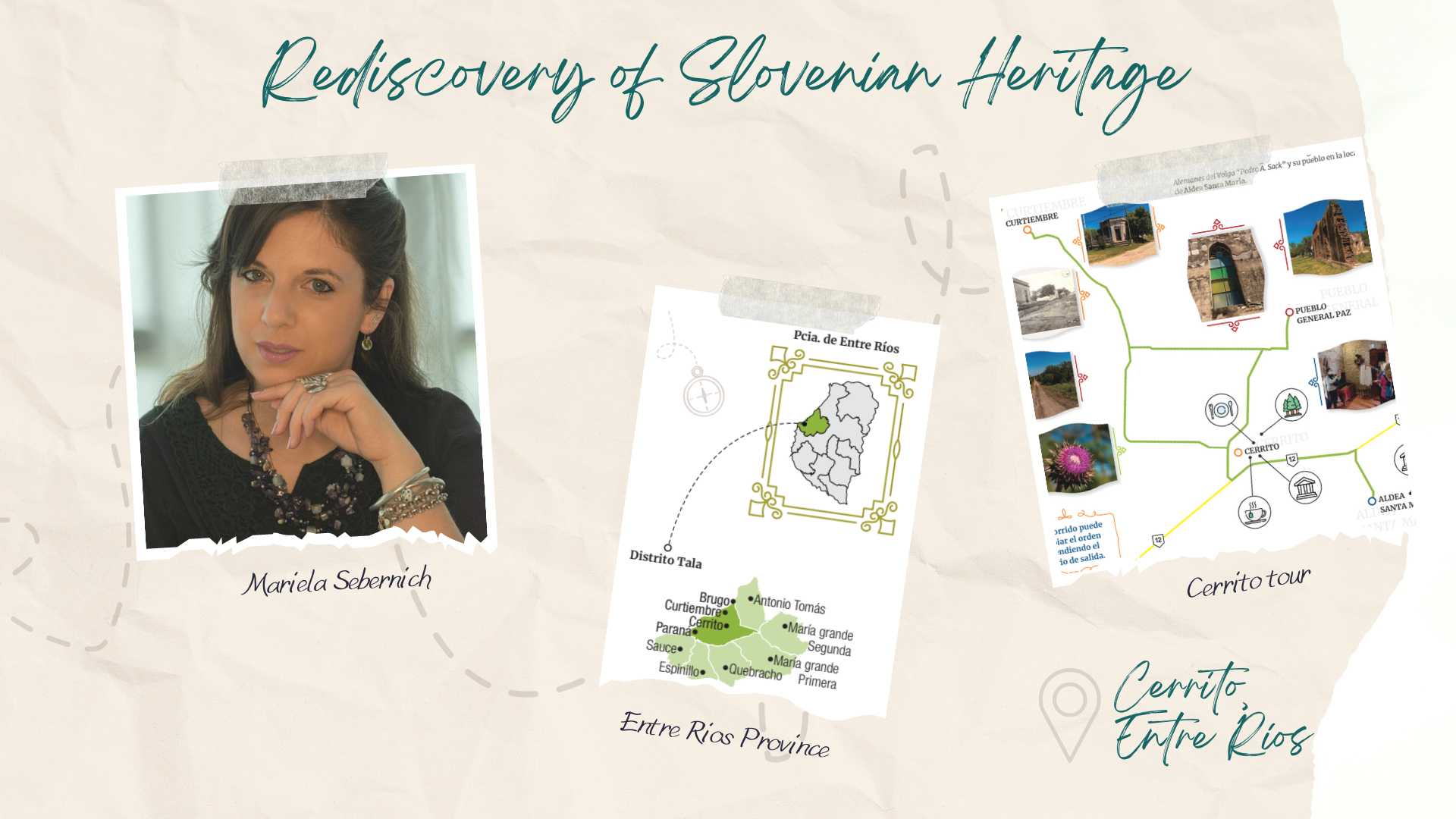 Rediscovering the Slovenian Heritage of Cerrito

ASEF Junior Fellow 2020 Mariela Sebernich created a tour around her hometown Cerrito, Entre Ríos, Argentina, where the Slovenian community has been rediscovered after years of assimilation. The trail around Cerrito, nearby towns and its surroundings takes you through the history of the Slovenian community which first immigrated there in the 19th century. You will find out about the customs and culture of those Slovenian immigrants which were formerly called Austrians as Slovenia was part of the Austro-Hungarian empire then.

Slovenian immigrants from this region have assimilated into Argentinian society as other migration waves also settled down years later. All changed when people started discovering their Slovenian heritage as in Mariela’s town Cerrito. This one in particular, has become an important region where many families today recognize in themselves their Slovenian ancestry and work to acknowledge and make sense of culture, anecdotes and traditions still passed across generations, gently flourishing their identity once again.

Mariela is an architect and her research about the Slovenian architecture in Entre Ríos became the foundation of this tour, which is aimed to preserve the remains of Slovenian culture and spread knowledge about it among the visitors of Cerrito and anyone interested in getting to know the Slovenian and other immigrant families, since they first stepped on this unknown lands.

In this tour, you will be able to see the first church in the region and the port where the immigrants have arrived. Also, you will be visiting a museum filled with regional history and “Montecito de Lovera”, national ecological reserve.

The publication is avalible for reading in Spanish.