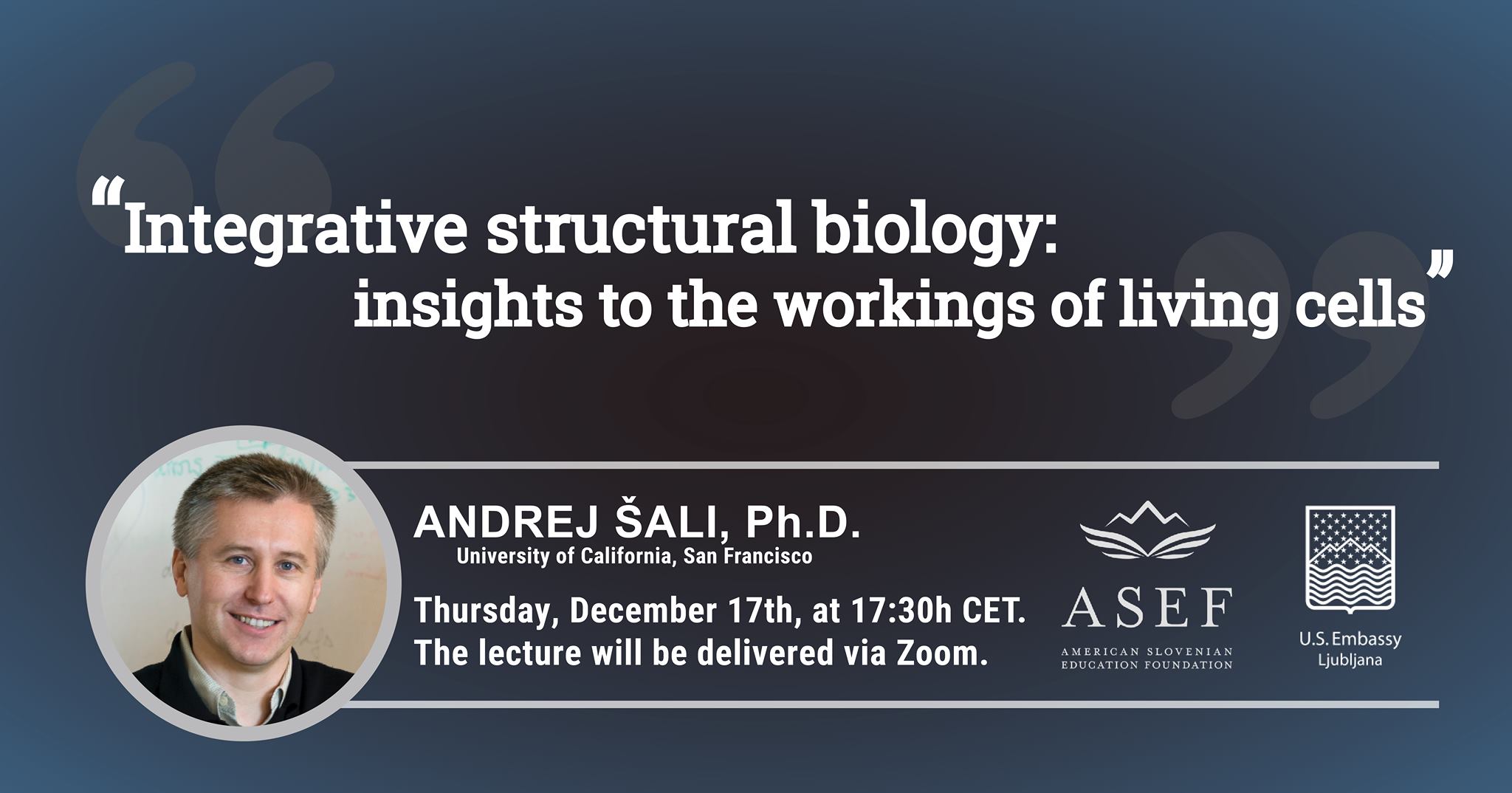 Structures of biomolecular assemblies provide insights into their function and thus help us to understand the workings of living cells. Structural characterization of large and often dynamic assemblies is generally impossible by any single experimental or computational method. This challenge can be overcome by hybrid approaches that integrate data from diverse biophysical experiments, such as X-ray crystallography, electron microscopy, mass spectrometry with chemical cross-linking, and various proteomics methods. This integrative approach will be illustrated by application to the nuclear pore complex, an assembly of 450 proteins that regulate macromolecular transport between the cytoplasm and nucleus.

Andrej Šali received his BSc degree in chemistry from the University of Ljubljana, Slovenia, in 1987, working on the sequence-structure-function relationship of stefins and cistatins under the supervision of Professor Vito Turk; and his PhD from Birkbeck College, University of London, UK, in 1991, developing the MODELLER program for comparative modeling of protein structures under the supervision of Professor Tom L. Blundell. He was then a postdoc with Professor Martin Karplus at Harvard University as a Jane Coffin Childs Memorial Fund fellow, studying lattice Monte Carlo models of protein folding. From 1995 to 2002, he was first an Assistant Professor and then an Associate Professor at The Rockefeller University. In 2003, he moved to the University of California, San Francisco, as a Professor of Computational Biology in the Department of Bioengineering and Therapeutic Sciences, Department of Pharmaceutical Chemistry, and California Institute for Quantitative Biosciences (QB3). He was recognized as Sinsheimer Scholar (1996), an Alfred P. Sloan Research Fellow (1998), and Irma T. Hirschl Trust Career Scientist (2000), the Zois Award of Science Ambassador of Republic of Slovenia (2007), a Fellow of International Society for Computational Biology (2014), Jubilee Professor of Indian Academy of Sciences (2017), Bijvoet Medal recipient (2018), and member of National Academy of Sciences of USA (2018). He has been an Editor of Structure since 2002. He is also a Founder of Prospect Genomix that merged with Structural Genomix (2001); and of Global Blood Therapeutics (2012). Dr. Sali develops and applies computational methods for determining and modulating the structures and functions of proteins and their assemblies.