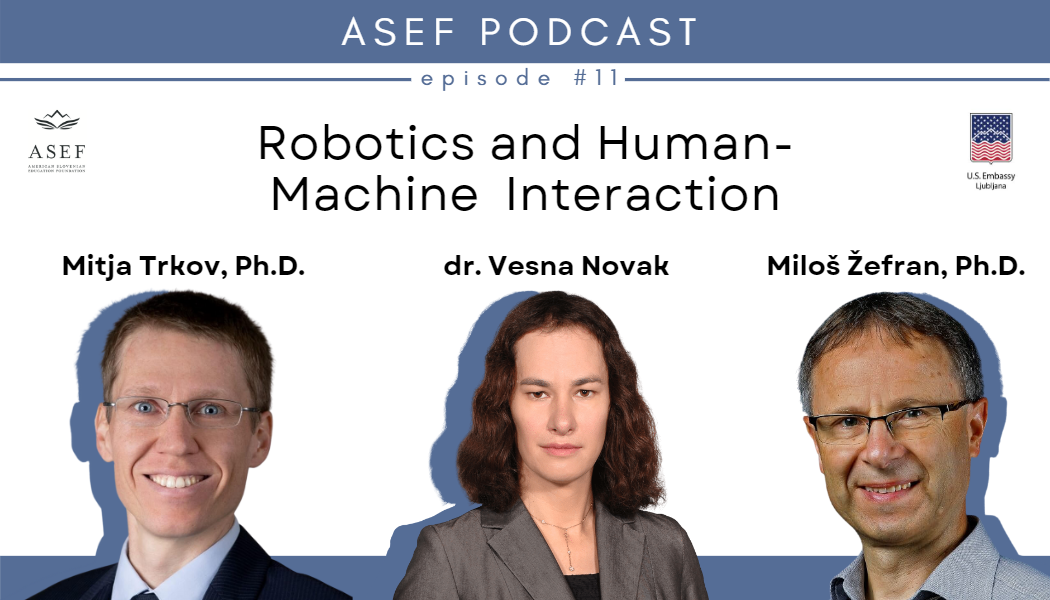 Get to know the ASEF Podcast guests [Episode 11]

Dr. Vesna Novak is an Associate Professor in the Department of Electrical Engineering and Computer Science at the University of Cincinnati. She received her diploma and Ph.D. in electrical engineering from the University of Ljubljana in 2008 and 2011, respectively. She was a postdoctoral fellow in the Sensory-Motor Systems Lab at ETH Zurich, Switzerland, from 2012 to 2014, and then an Assistant and Associate Professor at the University of Wyoming from 2014 to 2021. Her research interests include rehabilitation robotics, wearable robotics, virtual reality, serious games, affective computing, and human activity recognition.

Episode 11 is available to stream via this link.

This project is supported by the U.S. Embassy in Ljubljana.