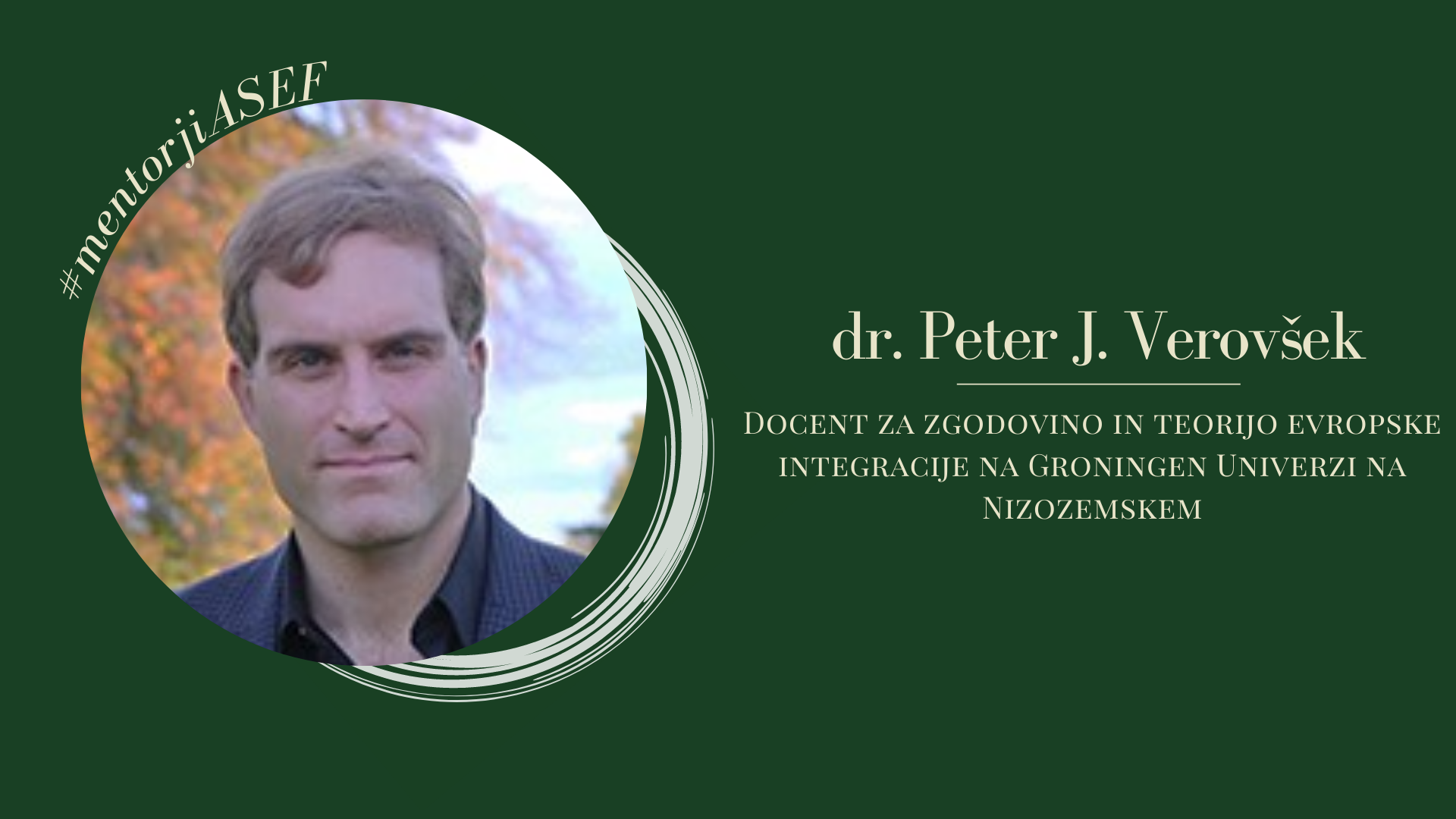 Get to know our ASEF Mentors – Dr. Peter J. Verovšek

This week we would like to introduce you to 𝗗𝗿. 𝗣𝗲𝘁𝗲𝗿 𝗝. 𝗩𝗲𝗿𝗼𝘃𝘀̌𝗲𝗸, Assistant Professor in History and Theory of European Integration, University of Groningen, Netherlands. He did his undergraduate studies in Politics and German at Dartmouth College and his MA and Ph.D. at Yale University. After his Ph.D., he taught social studies at Harvard University for three years before becoming a Lecturer in Political Science and International Relations at the University of Sheffield. As part of a British Academy Mid-Career Fellowship, he has been working on his new project on Jürgen Habermas as a public intellectual.

A list of all mentors hosting Slovenian students abroad can be found here. ASEF mentors are highly motivated researchers who want to pass on their knowledge to younger generations and together with ASEF create a better future.