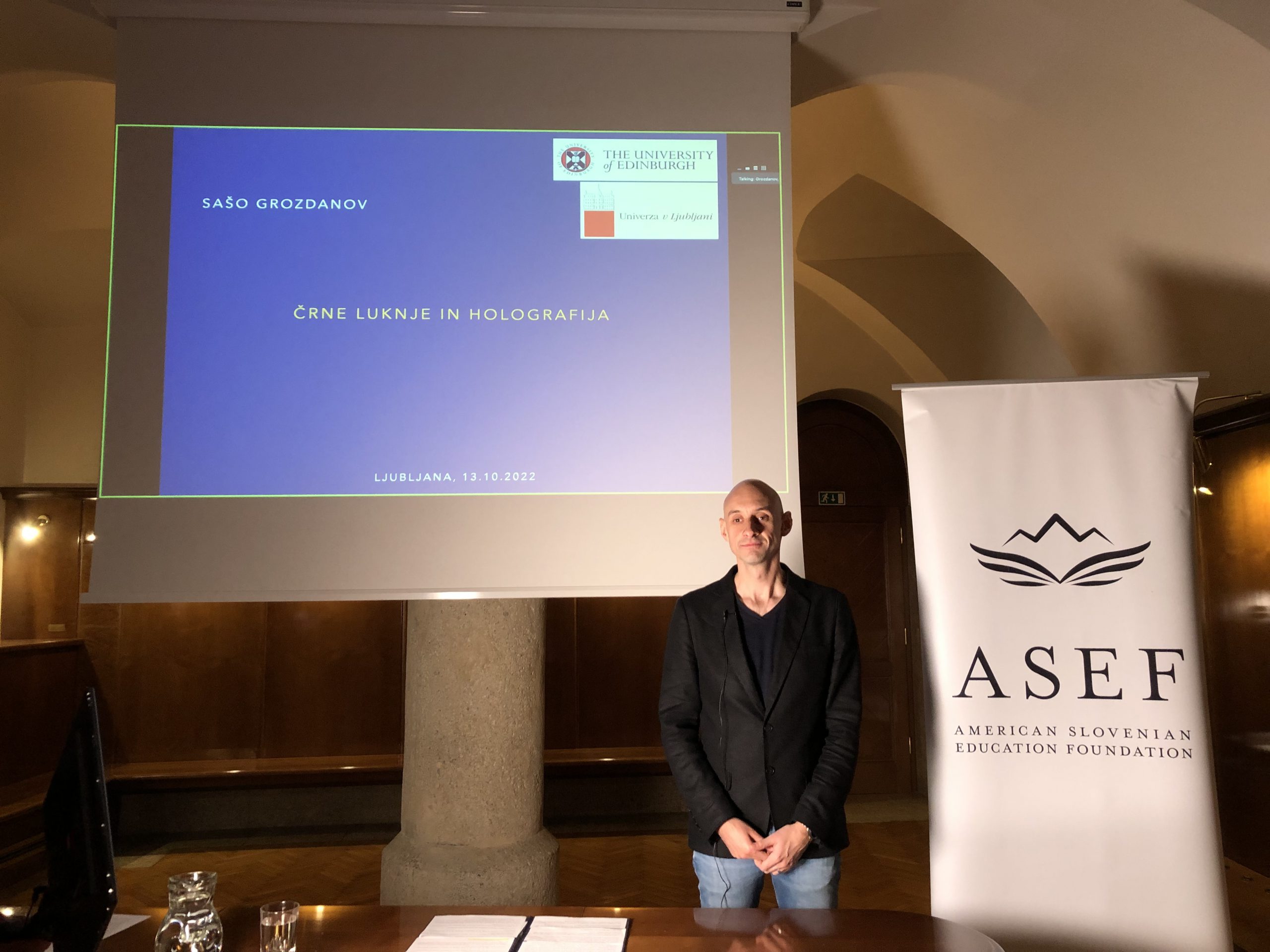 On Thursday, October 13, this year’s first autumn lecture was held after the summer break as part of the popular science lecture series ASEF Speaker Series. The ASEF Speaker Series has ASEF professors present their research areas and findings. This time dr. Sašo Grozdanov gave the lecture. He is an associate professor of physics at the Faculty of Mathematics and Physics of the University of Ljubljana and a member of the faculty and Ernest Rutherford colleague at the Higgs Center for Theoretical Physics of the University of Edinburgh.

At the beginning of the lecture, participants were introduced to basic concepts. Albert Einstein was mentioned and his general theory of relativity, which he formulated as a description of the gravitational force as the geometry of space-time in 1915. Karl Schwarzschild was highlighted as the next big name, who solved Einstein’s equations for a spherically symmetric system and thus found a solution to the first black hole to be named after him.

At this point, interest was established in what a black hole even is. Dr. Grozdanov devoted the first part of the lecture to a description of these universal solutions of the theory and presented the reasons why we are convinced that black holes do not only exist in theory, but are actually present in our universe. He also touched on holography, which is best known as a technique that can be used to transform a two-dimensional surface (2D) into a three-dimensional (3D). This was followed by the conclusion that, in principle, it is possible to create a hologram for any type of wave. So black holes are holograms, and so is gravity… maybe the entire universe is a hologram too.

Then the lecturer presented us with even more modern ways of understanding black holes in the context of information theory and string theory (quantum gravity), which describes elementary particles as thin undulating supersymmetric strings in space. He asserted that it works and is fascinating, and also opens up new controversies and questions by bringing new dimensions, of which only 4 can be observed in physical space and time (the three dimensions are joined by time, which Einstein introduced as the fourth dimension in space-time).

At the end of the lecture, dr. Grozdanov summarized that black holes are simply the best at everything: they have the most information, are the most quantum chaotic and have the lowest viscosity. At the same time, when we talk about black holes, it is impossible to strictly separate quantum from classical physics.

ASEF is pleased that for the second year in a row the lecturer is participating in the ASEF Tutoring program as a physics tutor, which ASEF introduced based on the Oxford model and adapted it to the Slovenian environment. One of the more tangible results of the program is the annual publication of a collection of contributions prepared by participants in the program. The collection of contributions, which was published this year, was presented at the beginning of the event by Jože Rožanec from the ASEF team. The event was held in a hybrid format, both in the Prešern Hall at SAZU and via Zoom connection, and it was connected by the 2022 generation ASEF scholarship holder Jona Novljan. 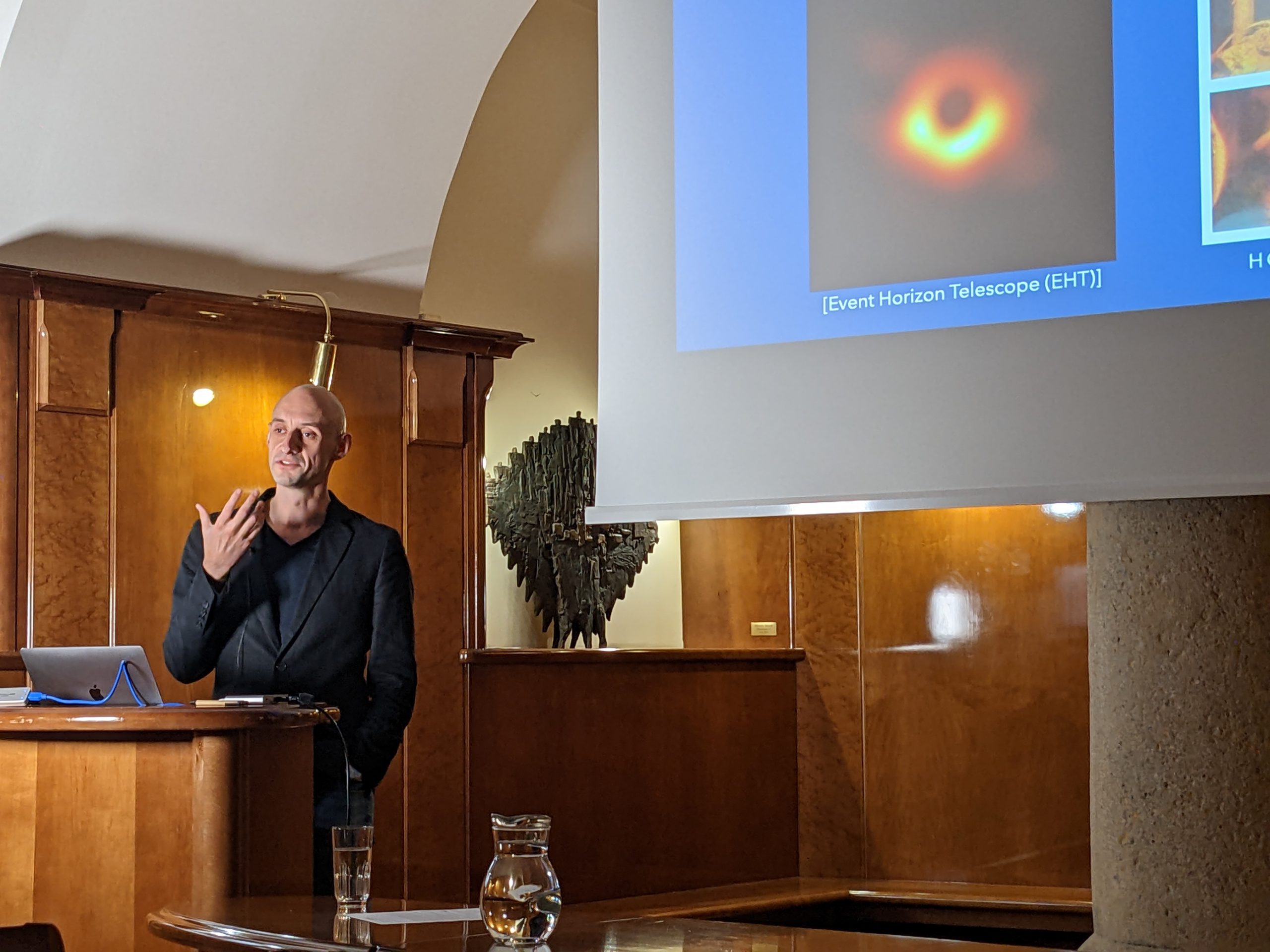 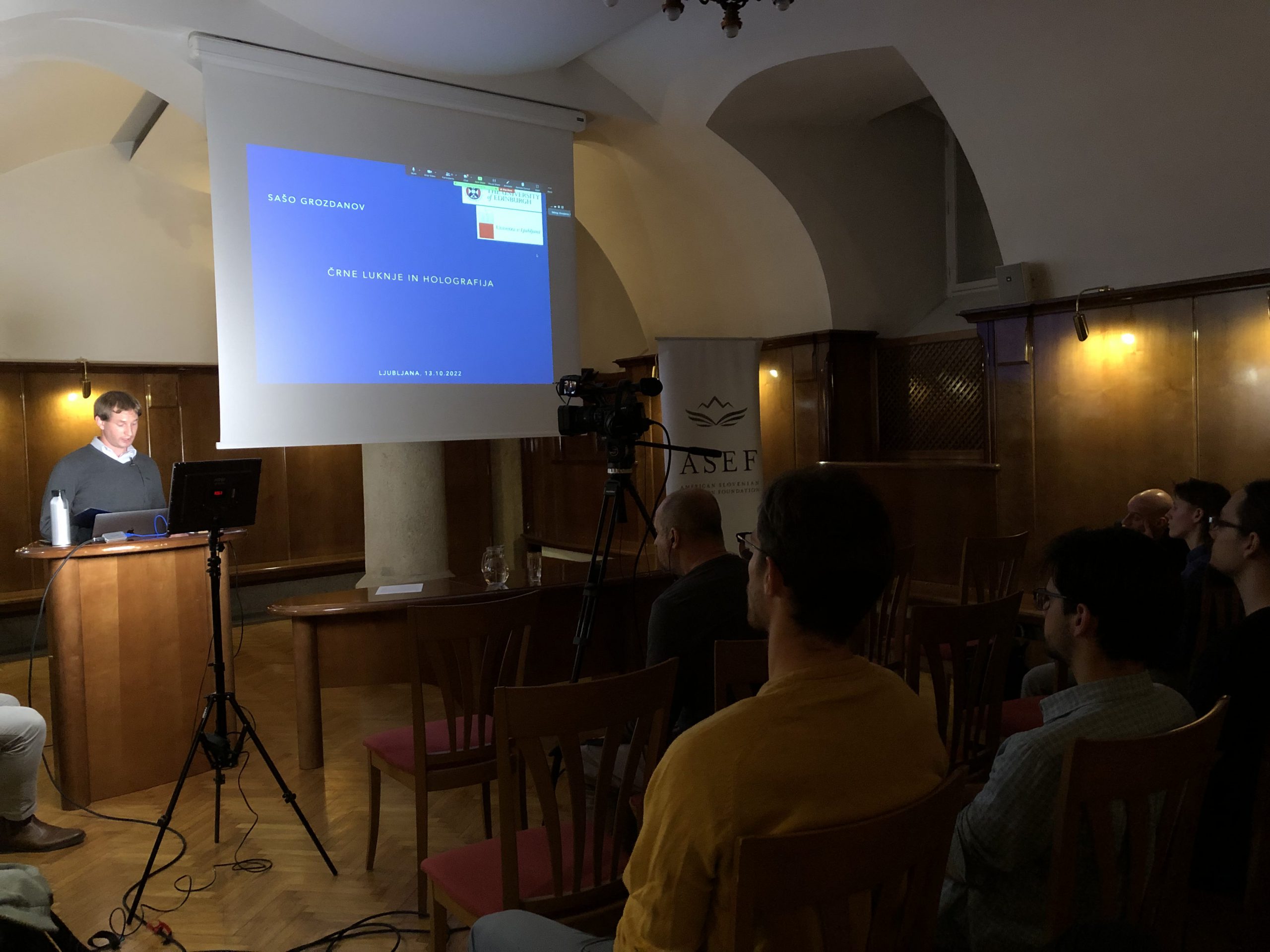 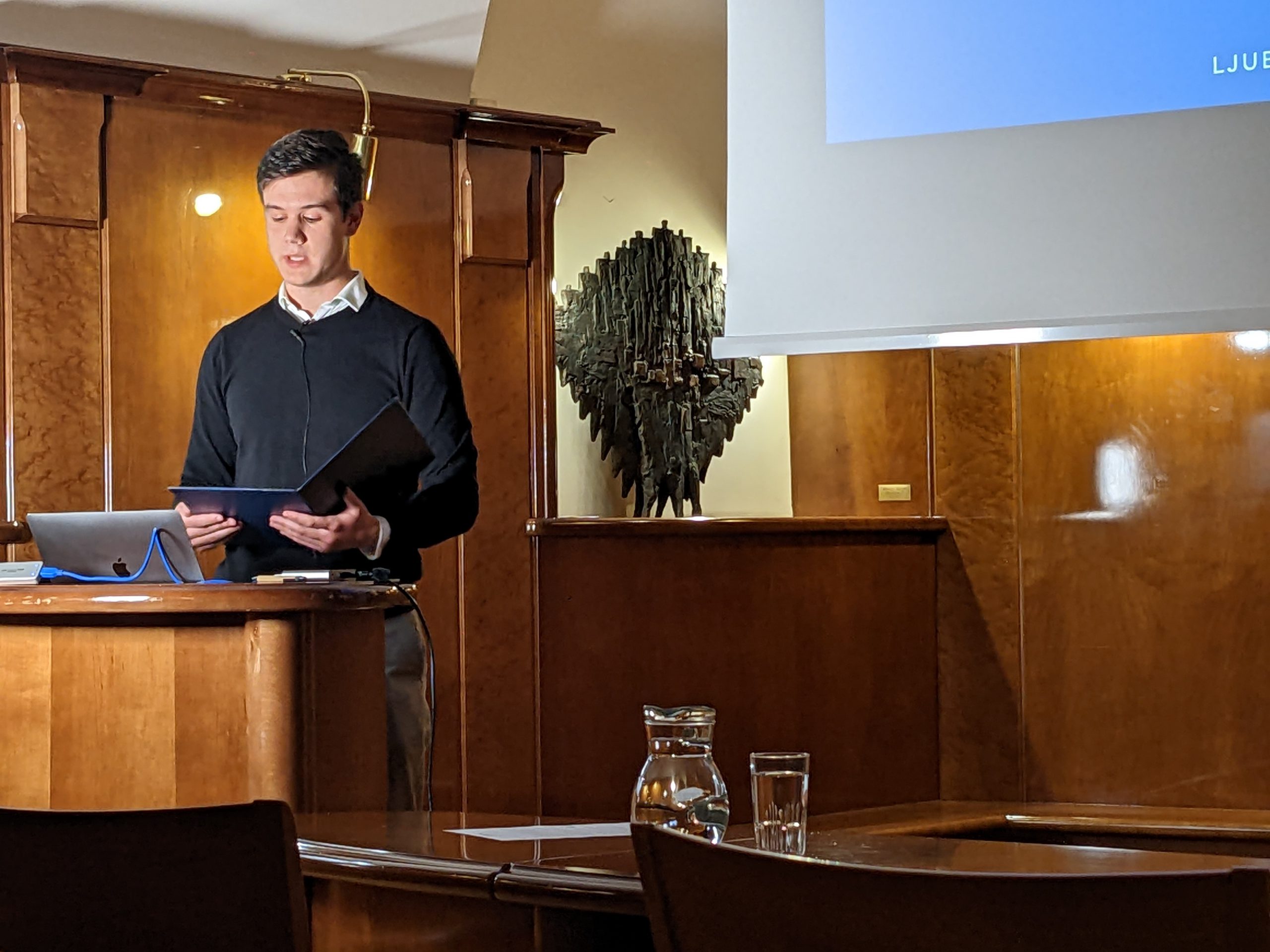 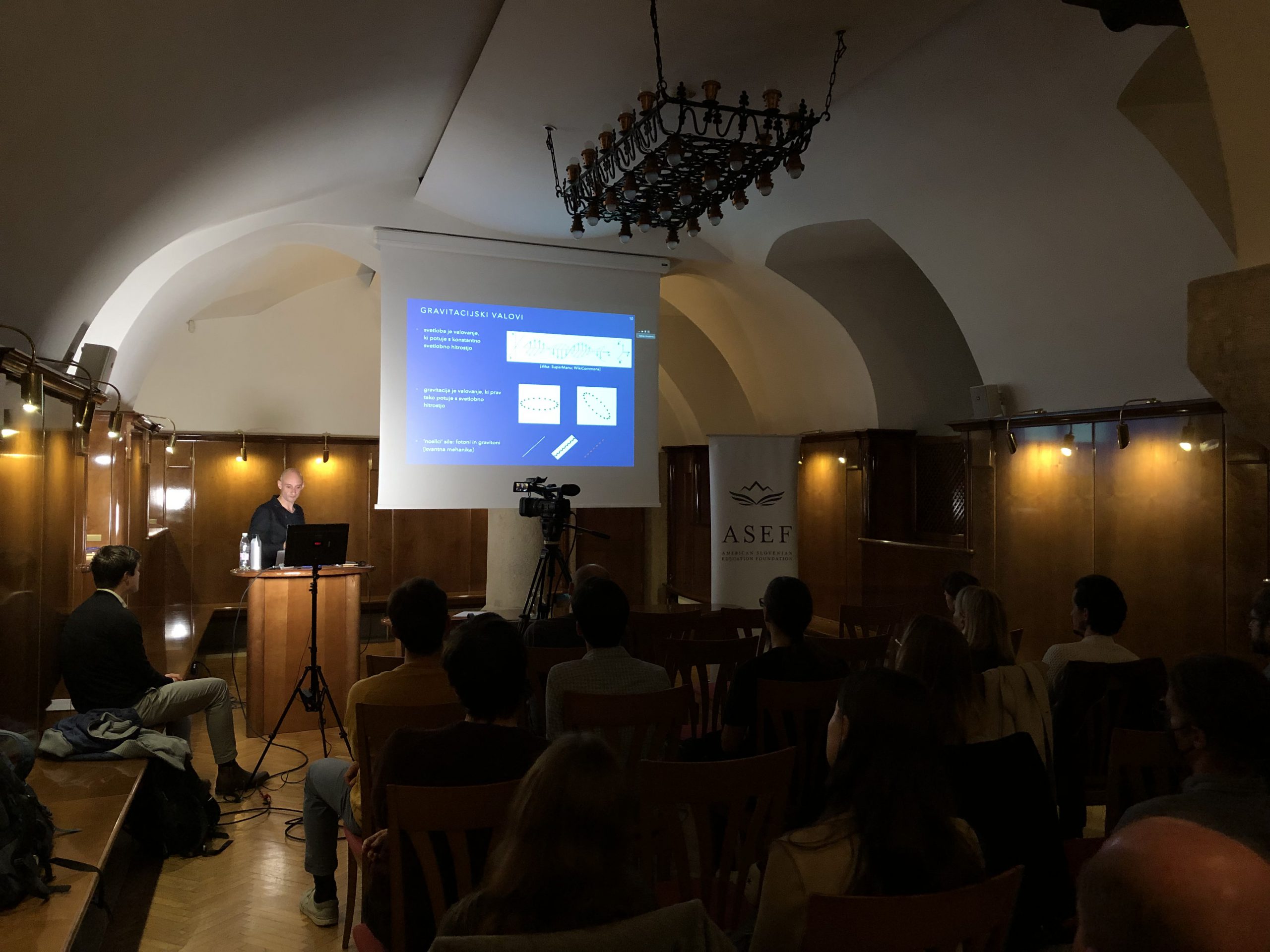 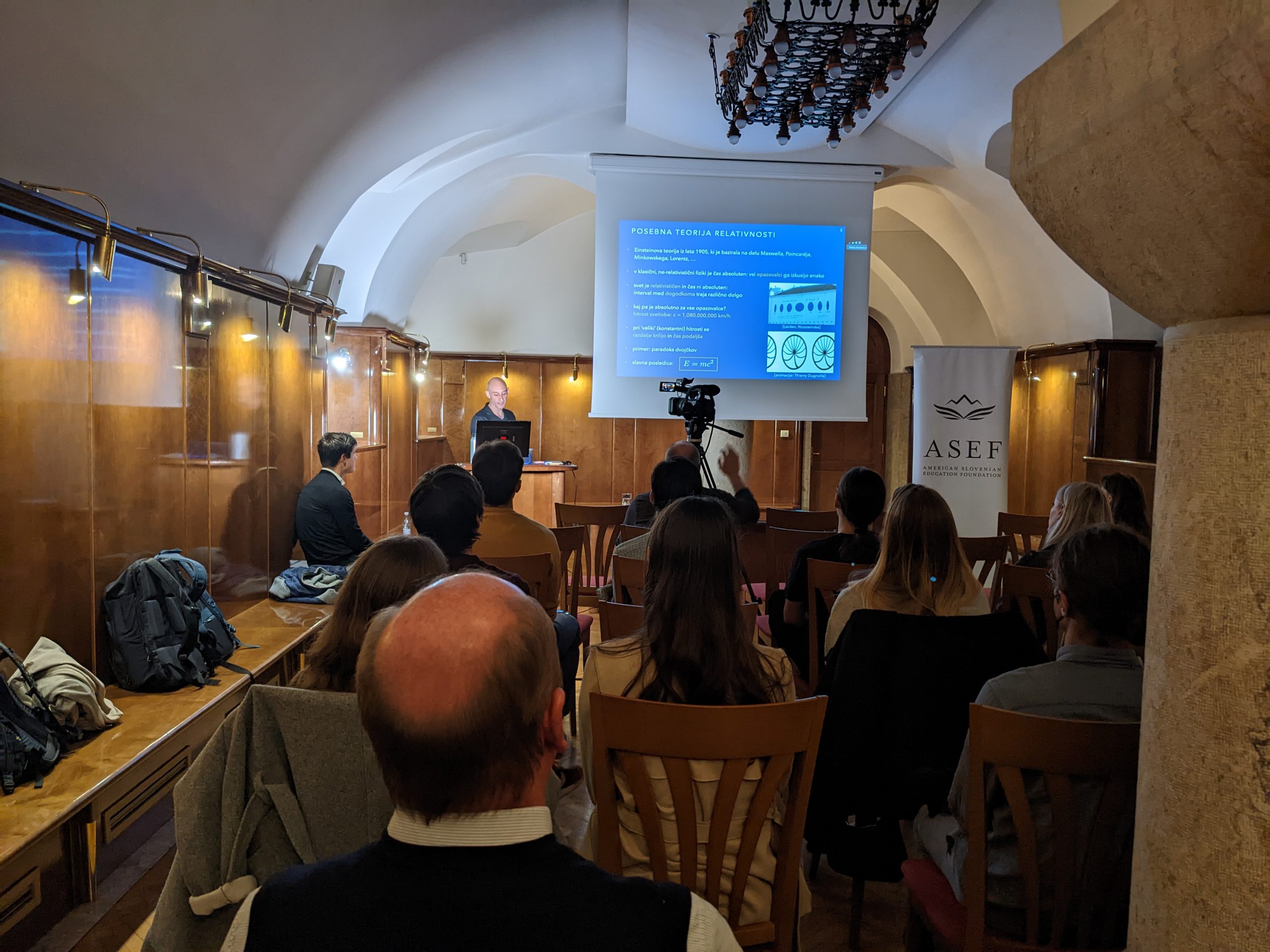