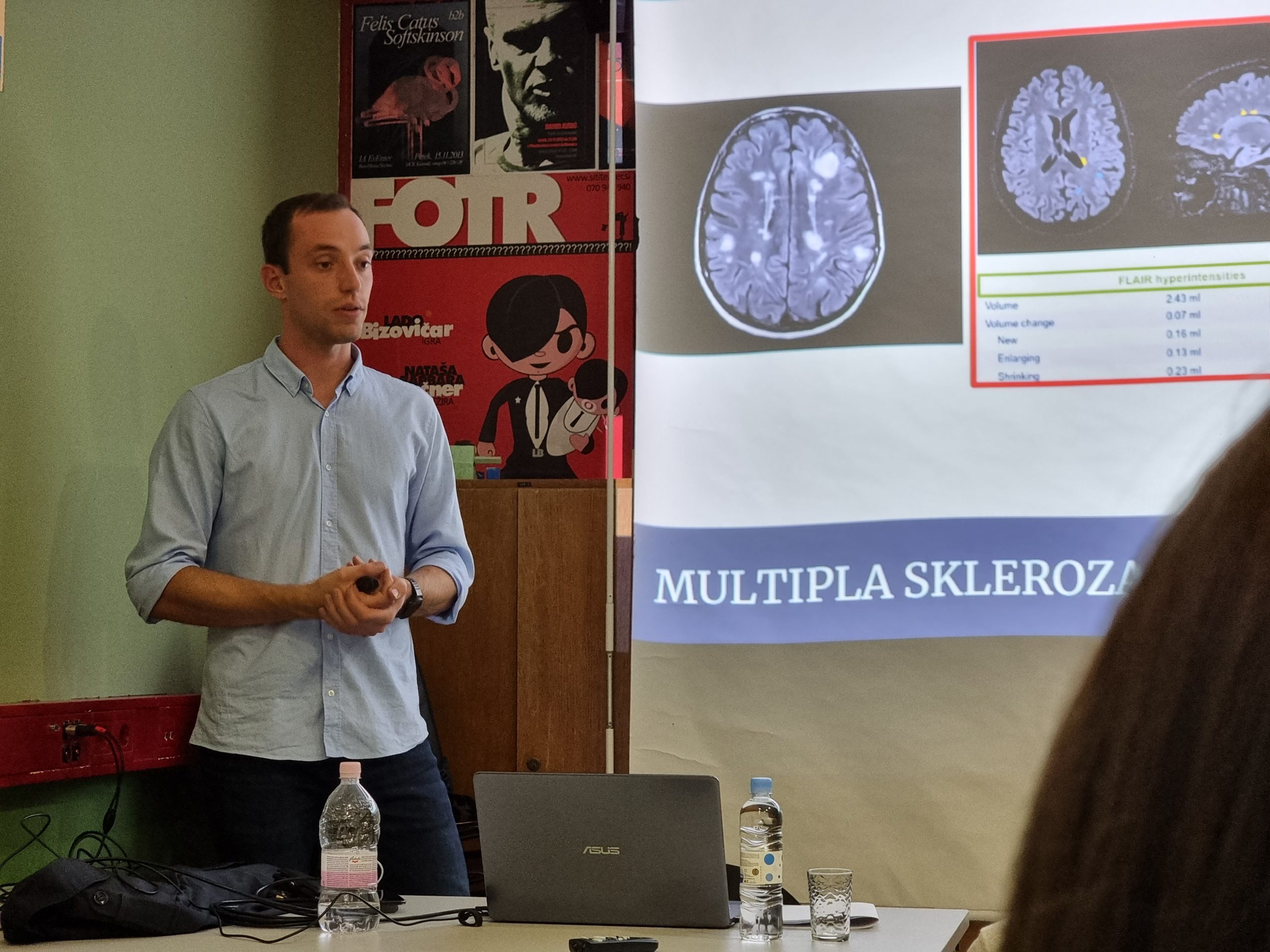 The ASEF Young Minds popular science lectures are back on site, this time in collaboration with the Kamnik Student Club. The September lecture was given by Gašper Podobnik, ASEF Fellow generation 2020, in the premises of the Kotlovnica Kamnik Youth Center. Gašper is a young researcher in the Laboratory for Imaging Technologies and UL FE.

Gašper started the lecture with a presentation of his experience as part of his research visit to the University of Cambridge in the United Kingdom, where he worked with the ASEF mentor prof. dr. Mateja Jamnik on the tumor segmentation project from mammograms. In addition to the research work, Gašper also presented a very interesting research-tourism part of his visit.

He continued the lecture with the presentation of the Artificial Intelligence for Interactive Cancer Medicine project. The main purpose of the project is to develop a health model based on a number of input data including the results of clinical, radiological and pathological examinations. The developed model based on this data then allows the doctor to make a better and more patient-adapted treatment choice. In addition, it also enables assessment of the patient’s response to treatment.

Next Gašper presented a concrete example of such a model in the case of triple-negative breast cancer, where mammograms or X-ray images of the breast are used to create the model. The model itself is based on the development of artificial intelligence, or more precisely, on machine learning. The goal is to teach the program how to separate the output data (in this case, the location of the tumor on the image) from the input data (mammogram).

There are also so called convolutional neural networks that help the program learn. Convolution is an operation that consists of multiplication and addition, or an image and a filter. The result of the convolution is a new image that has the same result but with the edges removed. If we know how to identify the edges of an image, we will also be able to gradually build more and more complex patterns. In addition to the theoretical work, Gašper also presented the use of convolution on two concrete cases (multiple sclerosis and aneurysm).

At the event, the youth activities of the Kamnik Student Club were presented by Maja Toni, the president of the club, and the whole event was coordinated by Denis Štepihar, an ASEF Junior Fellow generation 2022. 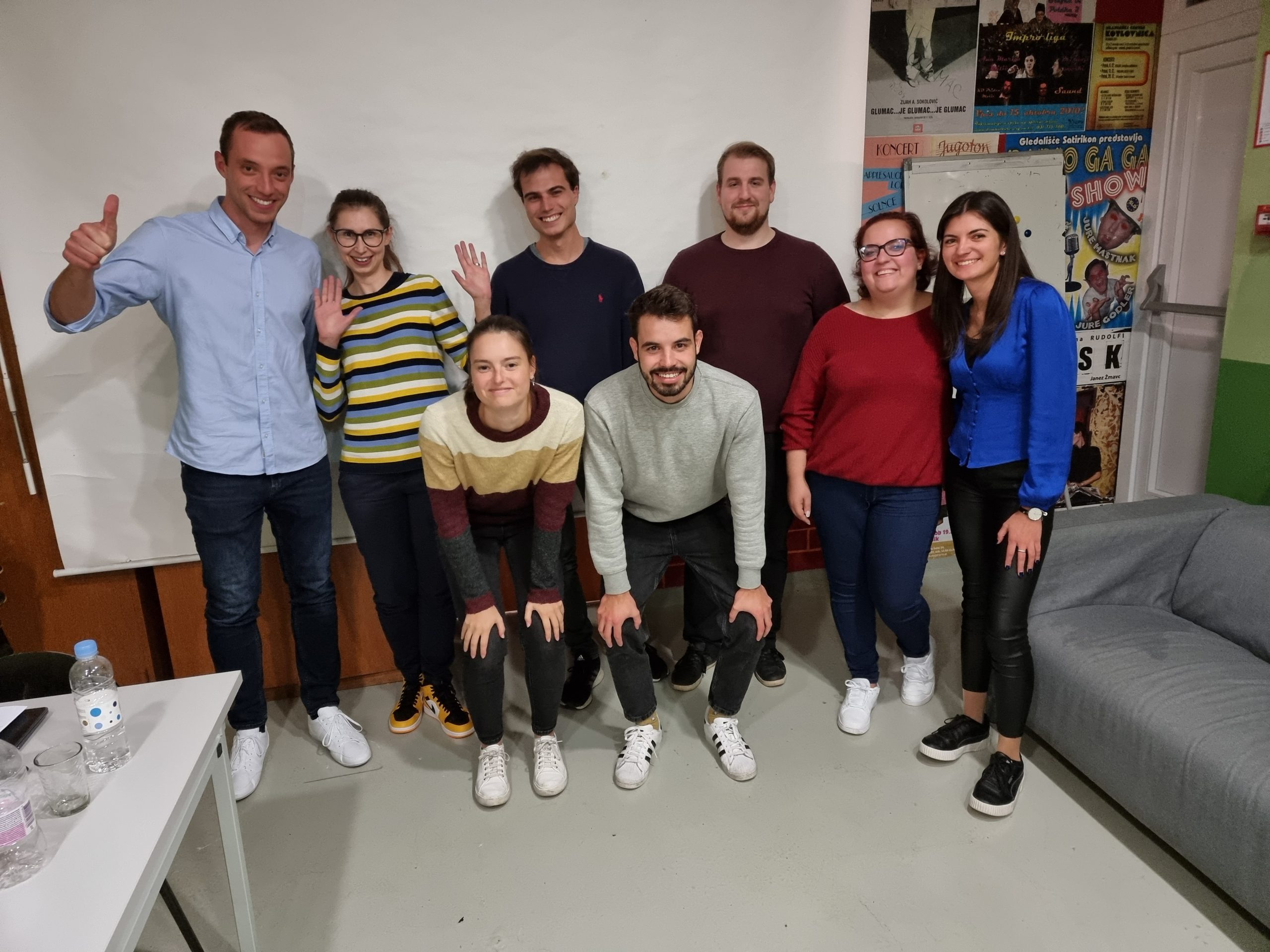 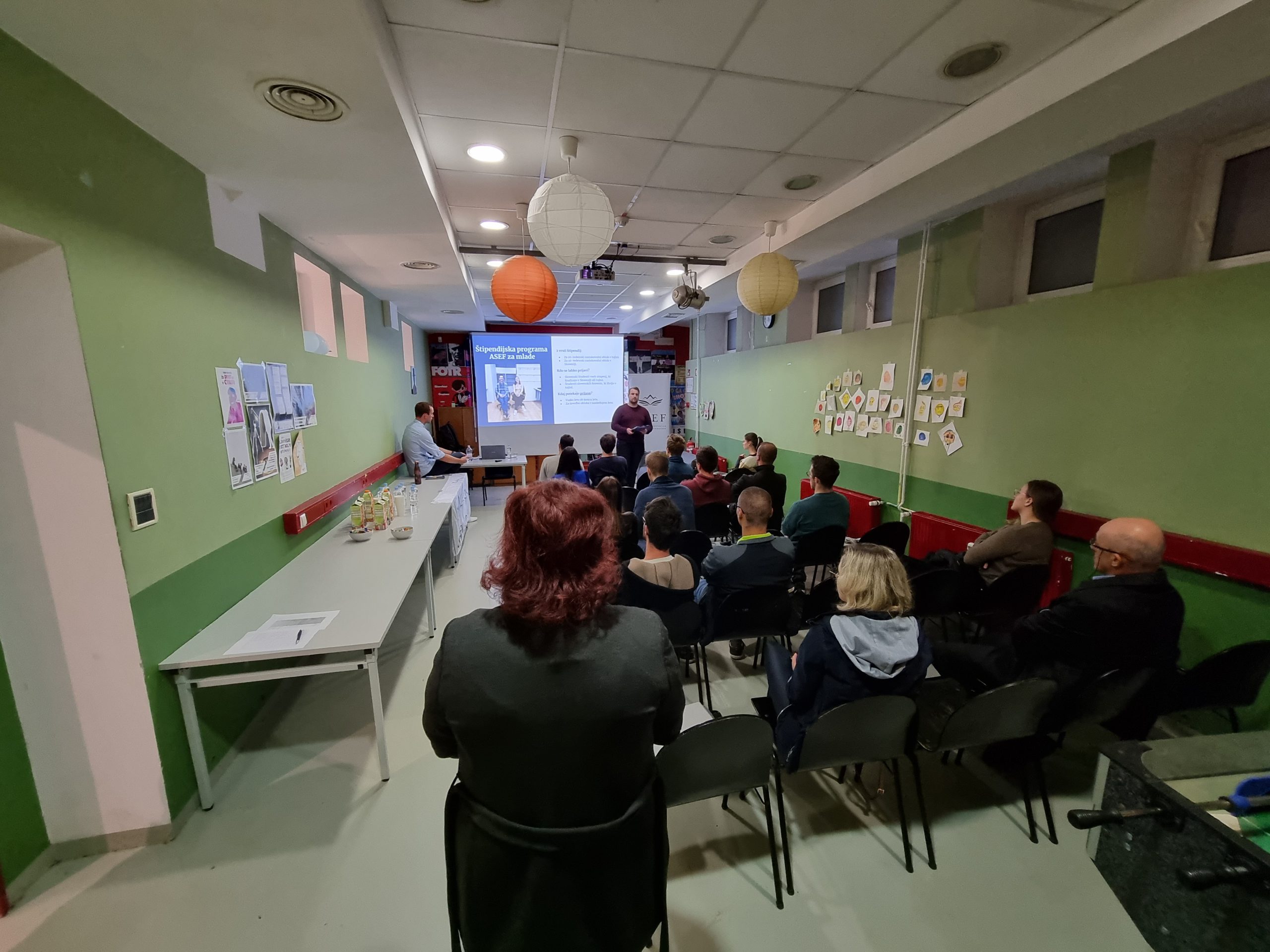 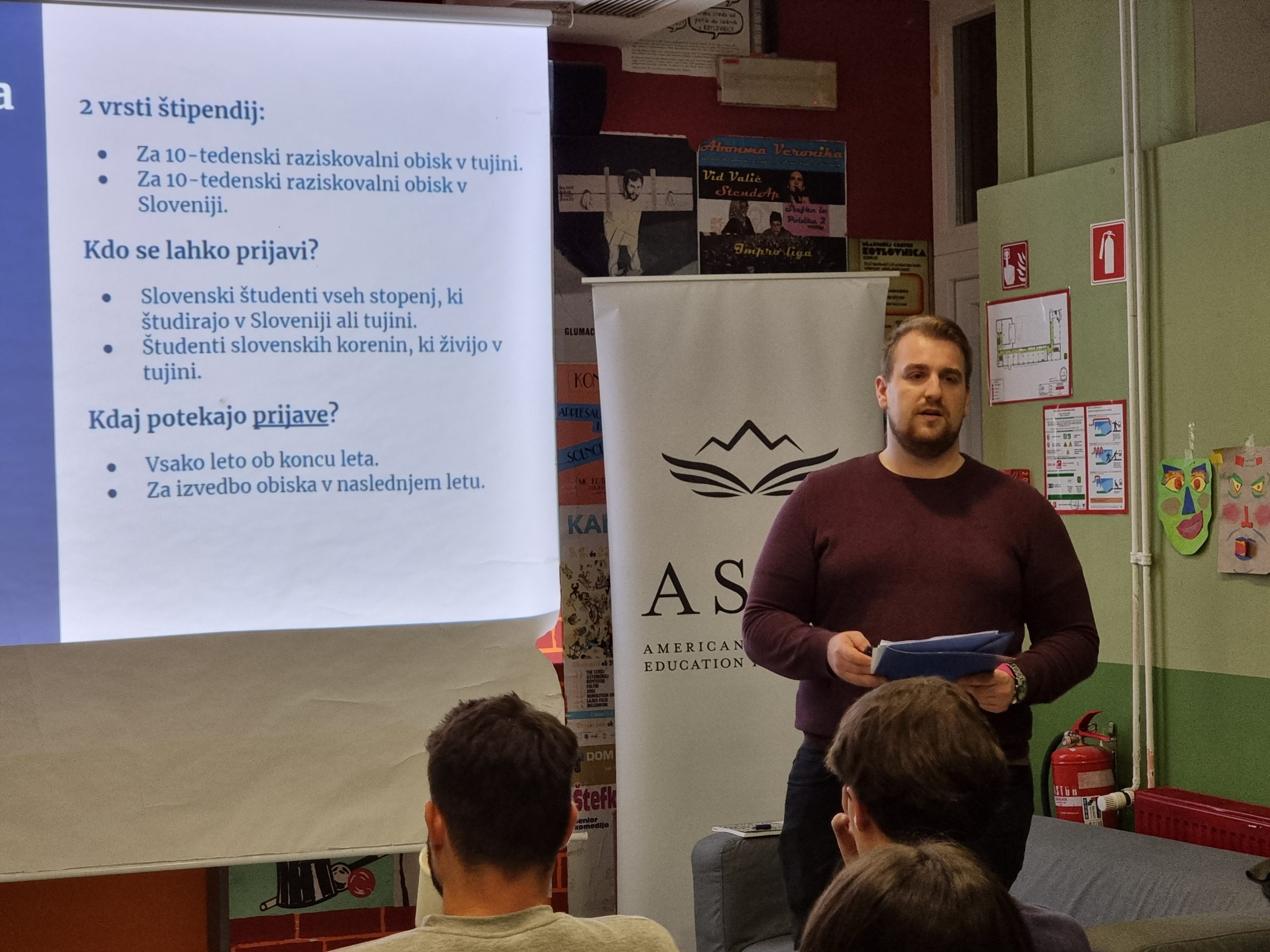 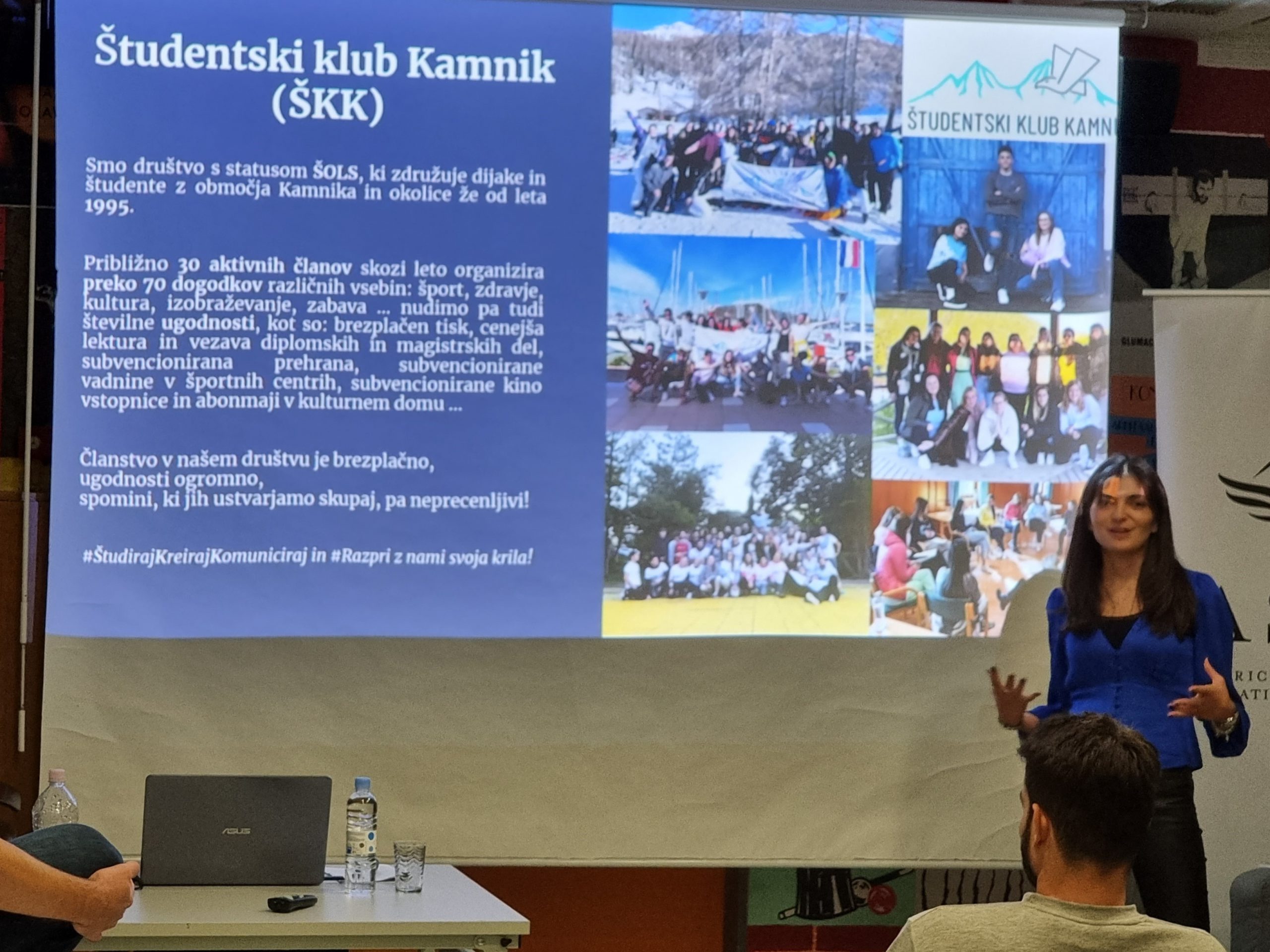 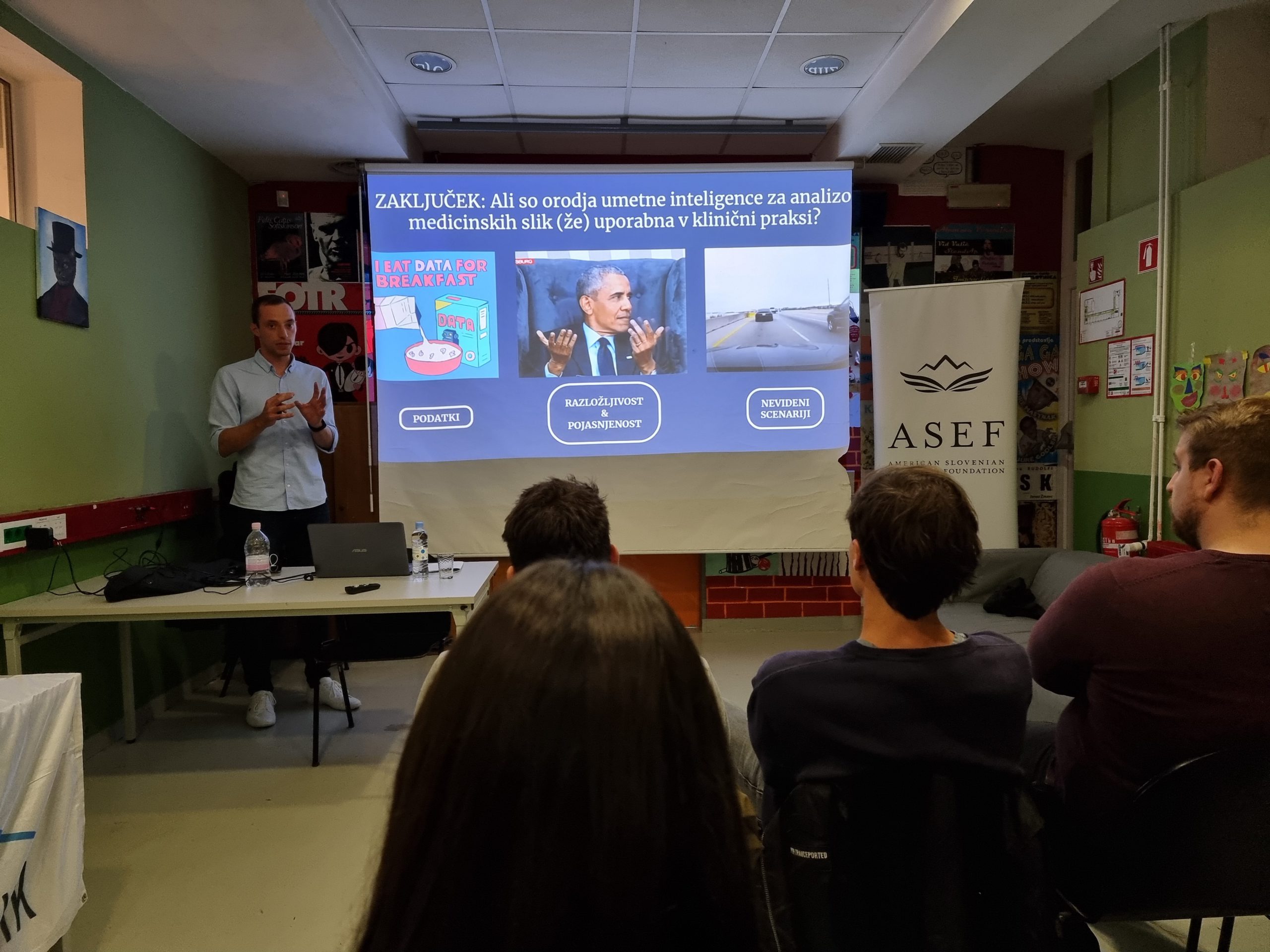 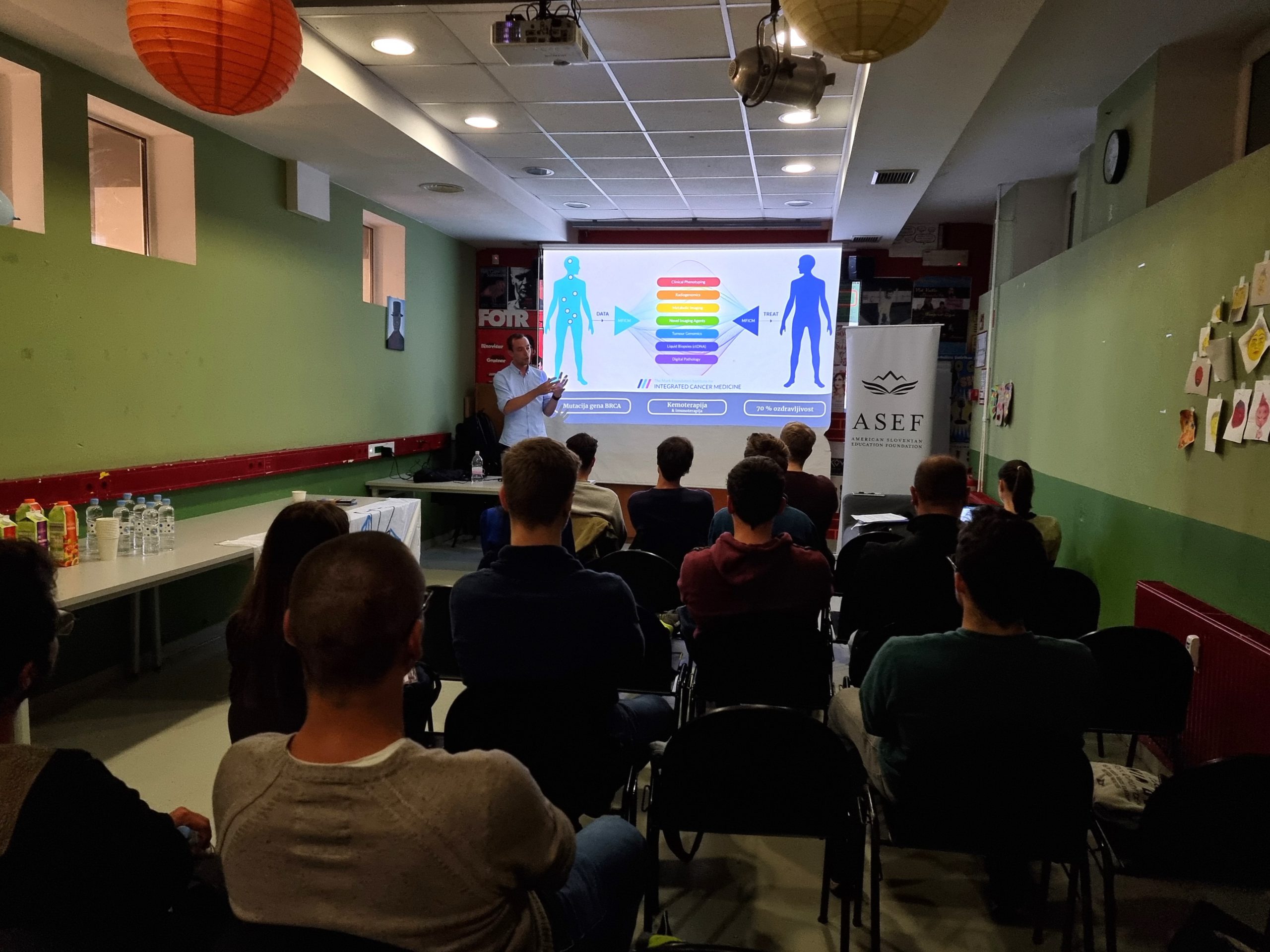 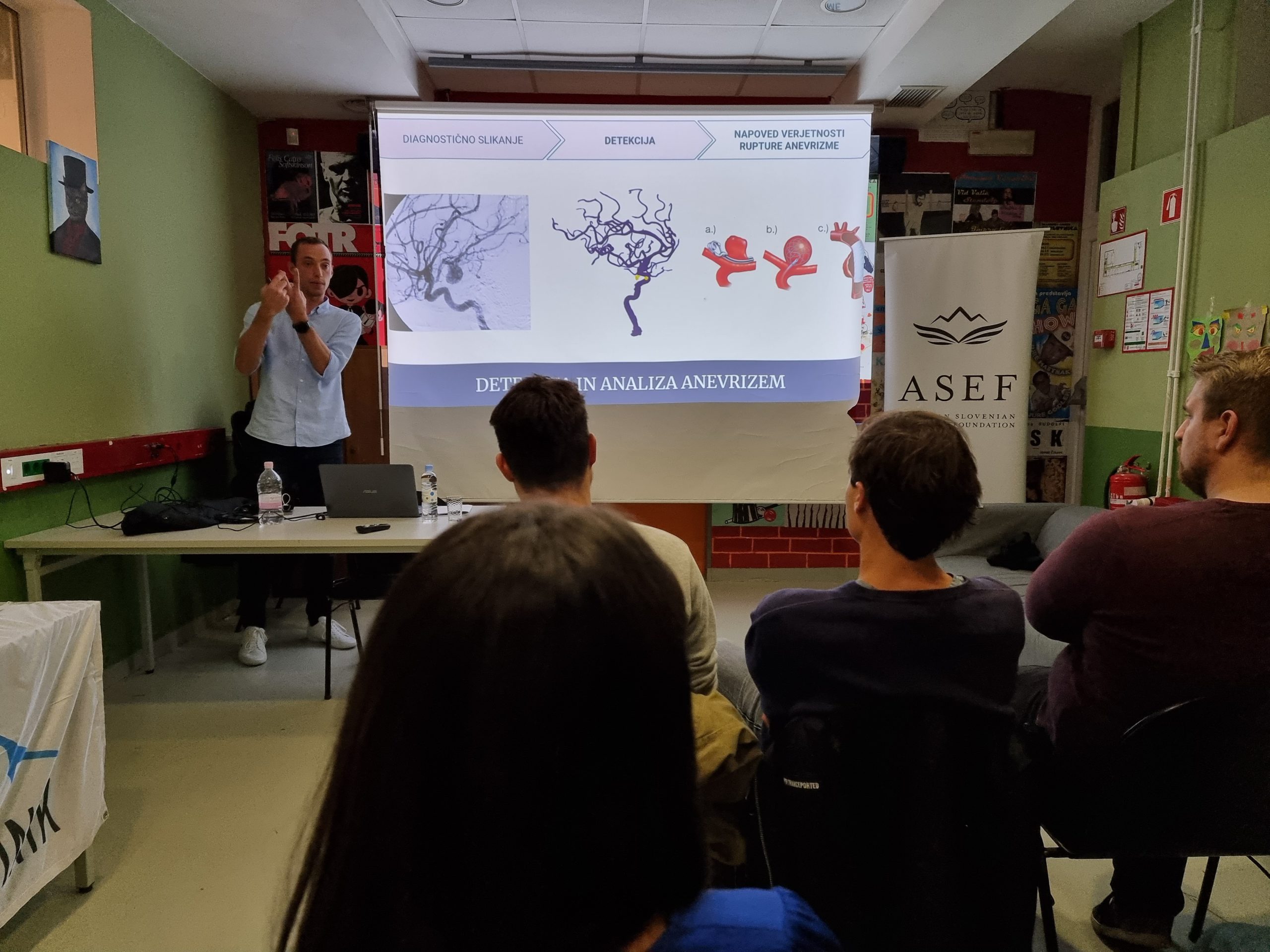