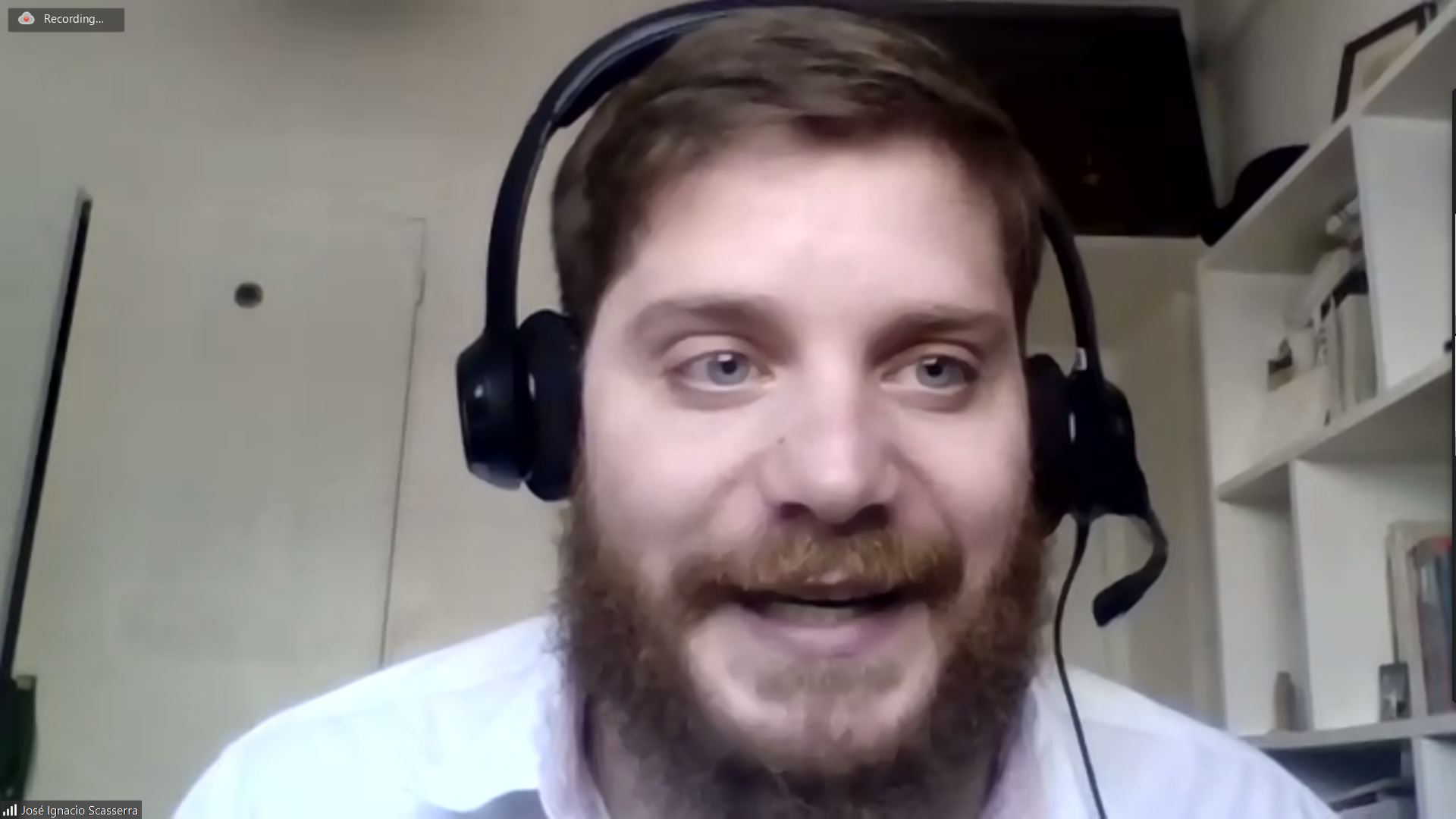 A lively discussion on liberalism, autonomy and freedom

On Thursday, October 21, ASEF hosted October’s ASEF Young Minds event. ASEF Young Minds is a project in which ASEF Junior Fellows perform in front of the audience with their contribution on the topic they were working on during or after the ASEF research visit. This time Jose Ignacio Scasserra, the 2020 ASEF Junior Fellow and researcher in Philosophy from Argentina, who was on a research visit in Slovenia last year, had a talk titled “Freedom at bay?”.

At the beginning of the event, Jose’s ASEF mentor Prof. Vojko Strahovnik (University of Ljubljana, Faculty of Arts), gave a speech in which he explained how they met and admitted that their philosophical bases are different. Even though they soon found out that they share the same topic of interest – liberalism.

In the lecture, Jose started with his personal story of traveling to Slovenia during the pandemic in 2020 which was very intense to him. The pandemic context gave him a good starting point to talk about individual freedom that needed to be put at bay. In the core of the following thinking, he puts an individual subject that thinks individual liberties are more important than the common good and asks how this could be possible.

Further, he explained that the subject is a fundament of thinking in modern philosophy. There is always a subject of some features (for example, strength, reason, will), which leads to something that Jose calls a “political myth” that lies on a “social contract.” This way, in modern philosophy, the political structure is not something made by nature or god but the “subject.” Jose claims that we need this political myth to create the subject that believes his freedom is more important than the health system than a common goal, a common good.

At the end of the lecture, he offered a critical approach, suggesting to change perspective, namely to understand the subject not as a starting point but as an effect. He is convinced that subject as a free individual does not exist. We all are the result of a social link, meaning that historical structures affected us before we became a subject.