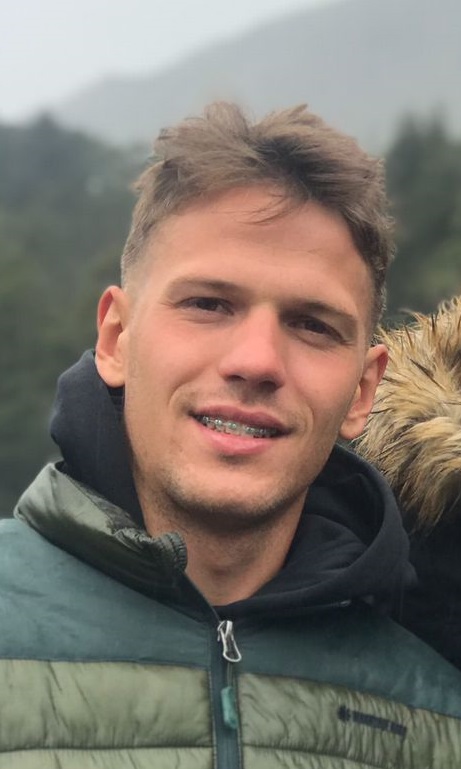 Gabriel Julian Nemanič is currently attending an internship in his last year of Medicine at the National University of Cuyo. His interest in this profession, in being able to help people through medicine, began at the age of 16 when he was hospitalized for myopericarditis, which resolved without sequelae. He was born in 1996 in Mendoza, Argentina. Since childhood he grew up in the Slovenian club of Mendoza, where he studied and solidified his knowledge of that beautiful country from which one day his paternal grandparents had to leave. He participated in many events held in the club and a language improvement course in 2015 in Slovenia. He has had the experience of doing voluntary work at the San Nicolas church, with people in vulnerable situations, in wich they attend in social, nutricional, spiritual and health aspects, which without a doubt are the ones that can help in the improvement of life quality of a patient, since health includes many aspects. He has also had the opportunity of being part of a bioethical group and in which he organized a workshop on human life awareness.In his free time he does physical activity such as running, cycling and crossfit. He is interesting in the doctor-patient relationship in Slovenia and wants to be able to learn new medical techniques and create lasting relationships with health professionals. Since he was young he dreamed of being able to carry out an experience of his studies in Slovenia since they are his roots and he was born in another country but with customs, speech and values ​​making him feel in Slovenia, for which he is very happy and grateful for the opportunity offered by ASEF.